This one did take place, but without conductor Daniel Oren or star soprano Anna Netrebko, the latter being anchored by travel restrictions. But we did get a performance, no doubt a relief to some, as the occasion marked the company’s 75th anniversary.

The production, directed by Daniele Abbado, first appeared in 2013 (a co-production with La Scala), and this is its second revival. The setting is atmospheric yet frustratingly ambiguous. The costumes could date to anywhere between the mid-19th century and the mid-20th century. Tangential references are made to the Holocaust, the brutal treatment of Jewish prisoners, the bare red brick walls around the stage. The Jerusalem set (designs by Alison Chitty) features gray standing stones, echoing the Holocaust memorial in Berlin, but as a photograph from the program clearly shows, the visual reference is to the graves on the Mount of Olives.This suggestive setting creates atmosphere, but does not replace the action and drama required. When Nabucco (Amartuvshin Enkhbat) enters the first act, Verdi offers him a large and long processional music. But here, he just walks around in a drab costume, then has to move to the middle of the stage waiting for the music to end. The chorus is more effectively choreographed, though drab costumes make it difficult to distinguish between Jews and Assyrians, and sophisticated crowd movement highlights the more primitive Regulated person of the principals. The scenery changes for the second half, as we move from Jerusalem to Babylon. The decor of the temple is dominated by the idol of Baal, which takes the form of a huge figure in metallic gauze, brought in procession and mounted on stage. Again, simple stage furniture complements the more sophisticated chorus movements.

With or without Netrebko, it was a predominantly Slavic cast, and so the vocals were heavy and solid. The standout performance of the first act was Alexander Vinogradov as the prophet Zaccaria. He has a huge, deep voice and a rich, velvety tone. The three main tracks were less impressive. As Abigaille, Liudmyla Monastyrska is bright and clear, rich and sure in her low register, but thin and wobbly in the top. And his ornate strokes often seemed rough. As a love rival, Fenena, Vasilisa Berzhanskaya brings a softer, more intimate tone, attractive but without dramatic weight. The same goes for Najmiddin Mavlyanov as his lover Ismaele, who sounds more Italian than most actors, but is too nasal in tone for this heroic tenor role.

Amartuvshin Enkhbat gives a slow burning performance as Nabucco. In the first act, it is stiff and unconvincing. It’s as much a fault of the production as of the singer. His crazy scene is underrated and lacks credibility. But he saves the best for last: his fourth-act aria, “Dio di Giuda,” as he liberates the Jews and asks for their forgiveness, was delivered with real passion and intensity. 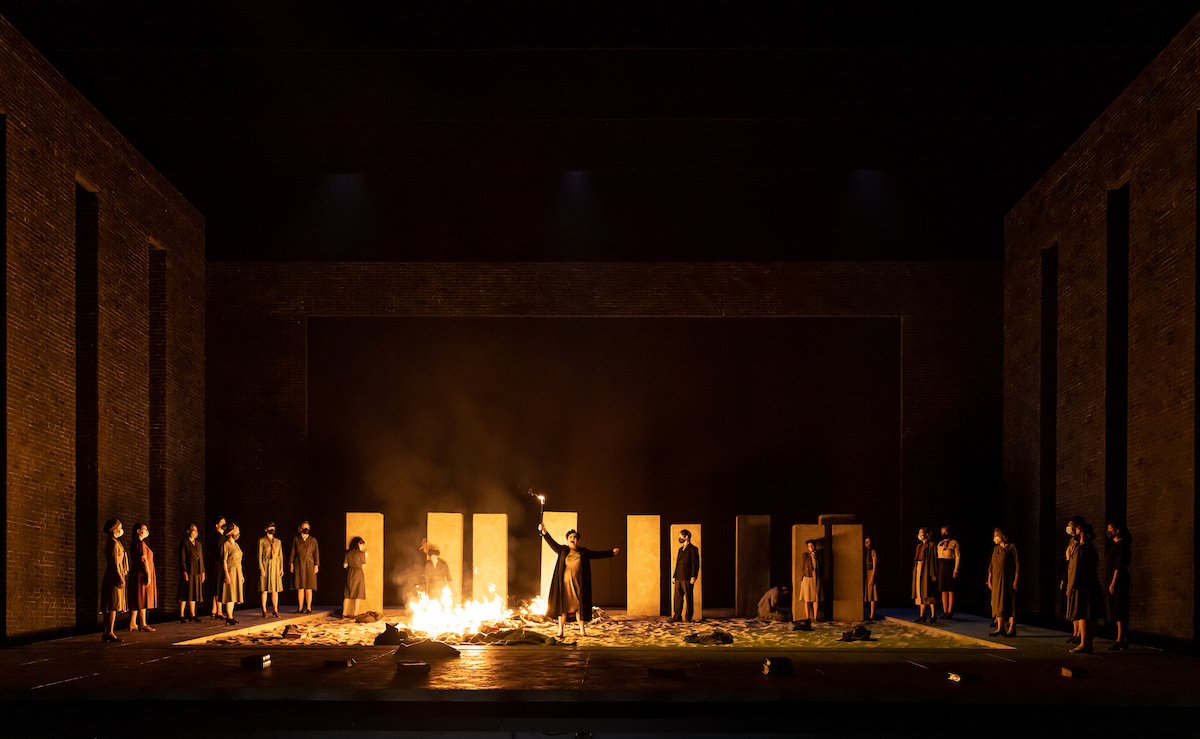 Replacing Daniel Oren at short notice, conductor Renato Balsadonna gave a lively and energetic account of the score, and the late replacement did not elicit undue caution from him, the orchestra, or the singers. The chorus (now unmasked) sometimes sounded as if they were expecting more detailed guidance, including in “Va Pensiero”, but otherwise shone, bringing a richness of tone and precious flexibility to the many tuttis. A useful output, but not exceptional, therefore, for Verdi Nabuco, and, under the circumstances, a performance for which we should be grateful occurred at all.