A night at the opera

The Queens Symphony Orchestra (QSO) is dedicated to educating families and individuals of all ages about the universal value and necessity of orchestral music through live performances, educational programs and access to instruction music.

On Monday evening April 11, QSO is hosting an amazing event at Russo’s on the Bay in Howard Beach, partnering with Councilor Joann Ariola to present ‘A Night At The Opera’, featuring some of your favorite opera tunes and songs. performed by two of opera’s rising stars, Melanie Spector, soprano and Joseph Tancredi, tenor. Works by Rossini, Puccini, Verdi, Leoncavallo, Mozart and others will be part of the evening’s selections.

Martin Majkut – From the 2017-18 season, Maestro Majkut assumed the musical direction of the Queens Symphony Orchestra in New York. Performing in a variety of ethnically diverse communities, the orchestra is rapidly gaining popularity in the vibrant neighborhood of 2.35 million people. 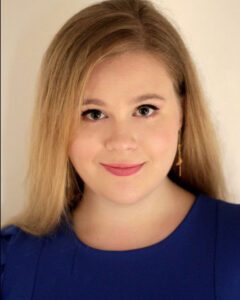 Melanie Spector – Praised for her “radiant soprano” by Operawire, Melanie Spector is a rising coloratura soprano who was born and raised in New York City. More recently, she “knocked it out of the park” on her professional debut singing Königin der Nacht in Mozart’s Die Zauberflöte at Opera Eugene. Melanie also recently took her Königin der Nacht across the Atlantic to Germany, where she made her international debut with the Stuttgart Philharmonic Orchestra under Dan Ettinger as part of the second annual the International Opernwerkstatt Waiblingen. 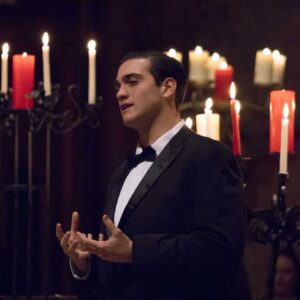 Joseph Tancred – Joseph Tancredi is from Bayville, New York, previous credits include the title role in Albert Herring at both the Curtis Institute of Music and the Manhattan School of Music, Conte Almaviva in Il barbiere di Siviglia at the Curtis Institute of Music and Raimondo in I due timidi at the Manhattan School of Music. Joseph participated in the Santa Fe Opera’s Apprentice Singers Program for two seasons during which he sang the peasant in Eugene Onegin and reprized Jon Harker in The Lord of Cries and Benjamin in The Thirteenth Child.

The show begins at 7 p.m. (doors open 6:30 p.m.) and will take place at Russo’s on the Bay, 162-45 Cross Bay Boulevard in Howard Beach. Admission is free, but reservations are recommended. For questions regarding accessibility or reservations, please call 718-738-1083. To request additional accommodations, please call at least three business days prior to the event.