A Night of Art and Science: Concert by the Newfoundland Symphony Orchestra as part of a scientific study on music and aging

ST. JOHN’S, NL — You want to enjoy a musical evening and take part in a scientific study, but only have one free evening? Well, you’re in luck.

On Friday, May 6, a collaboration between the Newfoundland Symphony Orchestra and the Faculties of Music and Medicine at Memorial University of Newfoundland and Labrador on Memory, Aging and Music takes place at St. John’s Arts and Culture Centre.

The Masterworks 3 concert, titled Starry, Starry Night, includes three pieces that are part of the etude, plus a performance by 11-year-old Canadian Music Competition grand prize winner and piano prodigy Ryan Huang. Two of the pieces in the study are new, commissioned from students at Memorial School of Music, and the third will be the ONS and CALOS Youth Orchestra performing Holst’s The Planets. 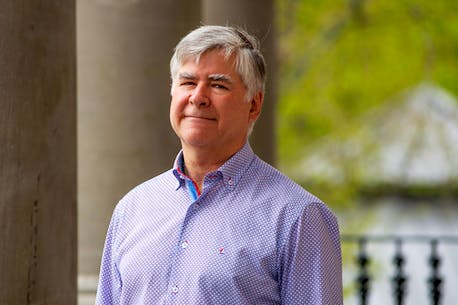 The catalyst for the study is Sarah Sauvé, a postdoctoral fellow at Memorial’s Cognitive Aging and Auditory Neuroscience Lab (CAANLab), who studies how cognitive skills are used in music listening, such as acoustic analysis, memory hearing and the analysis of the auditory scene, are affected or not by age.

“With this, we’re looking at a type of memory called recognition memory,” Sauvé told SaltWire Network. “To what extent can people learn a new melody and then recognize it? In this case, we do a study by recognizing it in the context of a complete piece of music. They have to decide when they listen, was it part of the melody or not? »

Sauvé said they expect older adults to do the same as everyone else with familiar music tracks and the same kind of style, but the researchers also want to see how different groups age manage with unknown musical styles.

“We’ll see, but basically all of the studies looking at music perception in older people have found that there really isn’t a deficit,” she said.

The goal is to identify which cognitive skills are maintained, in order to develop music listening programs to help older people maintain their listening skills for longer.

Sauvé said she was thrilled to finally see this project get off the ground, a sentiment shared by Hugh Donnan, CEO of the Newfoundland Symphony Orchestra (NSO).

Donnan said when Sauvé approached NSO about three years ago with the idea, they were all for it, but then the COVID-19 pandemic happened. NSO then shifted to virtual performances, he said, and then performed in front of a reduced-capacity audience, but as this required a large physical audience, it was not possible to do so until here.

They are really excited about the concert, said Donnan, and it was great working with the students on the different aspects, as well as the CALOS Youth Orchestra.

When the two groups take the stage, he said, there will be nearly 100 musicians, including members of the ONS who began their musical journey 20 to 30 years ago playing in the orchestra. young people.

“It’s really generational, and for the children of CALOS Youth Orchestra, for them to have the chance to sit next to professional violinists and people whose job it is to play the violin, they really get a huge experience and a veritable rush to be part of a full orchestra in the concert.

Donnan said they are looking forward to being able to feature local talent on the show, including ONS Fellow RBC Emerging Artists Conductor Jack Etchegary, who will conduct the first half of the concert.

Tickets for the show are still available, Donnan said, and are available at the arts and culture center box office and on its website.