The premiere of Richard Wagner’s opera ‘Tristan and Isolde’ at the opening of the Bayreuth Festival on July 25 was greeted with thunderous applause from the audience, including former Chancellor Angela Merkel.

Director Roland Schwab set Wagner’s drama about love and death against a spartan, futuristic backdrop, giving way to themes of love and music.

Already after the first act, the audience gave a standing ovation to soprano Catherine Foster as Isolde and tenor Stephen Gould as Tristan, who had sung solo or in duo for long periods of time.

Shortly before the premiere, the world-famous annual festival was overshadowed by allegations of sexual assault. Among the victims are Katharina Wagner, director of the festival and great-granddaughter of Richard Wagner.

Meanwhile, climate campaigners hung a banner through the trees on the way to Festival Hall reading: ‘The world can’t afford the rich’. The group had occupied the trees to demonstrate for more climate protection.

At the state reception after the premiere, Katharina Wagner told guests she was “pretty happy” considering the short prep time for the festival.

“We brought this production to the stage in a very short time, and I want to thank all the contributors,” she said.

State Minister for Culture Claudia Roth told the German Press Agency that a war is underway, which is also a war against culture. “Russia is also attacking cultural institutions in Ukraine,” she said. 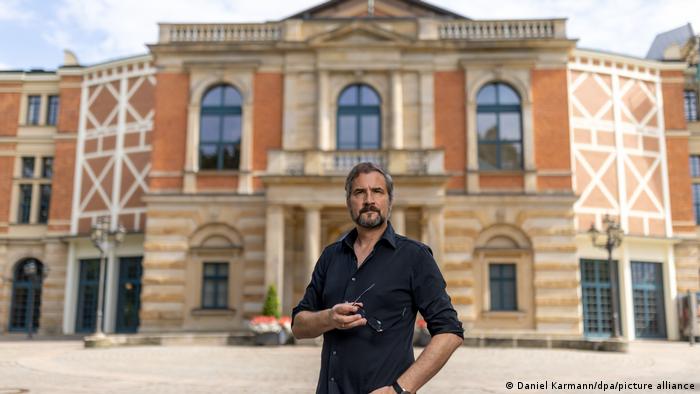 Director Roland Schwab focused on the power of love

The war also played a role for Roland Schwab. “The war in Ukraine was in the back of my mind the whole time,” the director told DW. “That’s why I wanted to stage this utopia of love, love as a basic human need and escape into another world.”

Schwab sees Wagner’s “Tristan and Isolde” as an “unconditionally positive piece” in these “times of disillusion”.

The musical theater director was only hired to direct the opera based on a tragic romance in a Celtic legend last December.

Katharina Wagner had added the opera to the program as a backup, so to speak. In the event of possible new COVID restrictions, operas with large choirs such as “The Flying Dutchman”, “Lohengrin” or “Tannhäuser” could not have been performed. In fact, the COVID incidence rate is currently very high in Bayreuth. 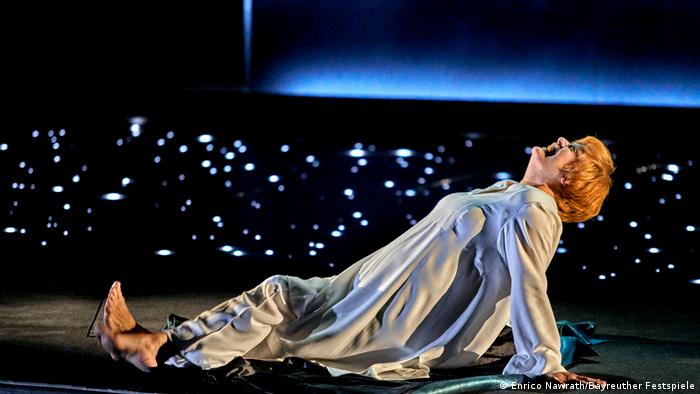 A week ago, it was announced that the conductor of “Tristan und Isolde”, Cornelius Meister, would have to replace his colleague Pietari Inkinen, who had contracted COVID and could not conduct for “The Ring of the Nibelung ” by Wagner. The baton was passed to Markus Poschner for “Tristan und Isolde” instead.

“Of course, it was not easy for me to adapt to a new chef in such a short time,” said Roland Schwab. “After all, I had worked everything out with Cornelius Meister in many rehearsals.”

However, despite the COVID setback, Poschner and the orchestra were also enthusiastically applauded.

The Bayreuth Festival will take place from July 25 to September 1. After a few muted years due to the pandemic, this year more opera than ever will be performed. The festival is a cultural institution in Germany and throughout Europe. It focuses on the work of 19th century German composer Richard Wagner.

This article was originally written in German.