The burden then fell, in England at least, on the country opera houses. From the start it was clear that the Heroes of the Year would be the administrations of Glyndebourne, Garsington, Grange Park Opera, The Grange Festival, Longborough, and others we were unable to cover. They were the ones who offered all the work to the production crews, players and singers – mostly young disaster-stricken artists, brilliantly served at Garsington who alternated two top-notch choirs.

Covid guidelines were to be followed closely at all rehearsals; inspectors came to ensure their proper execution (with a desire to help, I understand). At The Grange, the problems of having a full Bournemouth Symphony orchestra in the pit were solved by a pre-recording that could be synchronized with the singers, a small miracle in itself. You’ve suspended all qualms about who these companies are basically for and focused exclusively on quality.

And what quality, with some new vintage productions that would have been outstanding in any year. Top of the bill for me was Verdi’s Glyndebourne claim Luisa miller as one of his remarkable operas, at least in its later stages. The concentrated and clean concept – still visually striking in Johannes Leiacker’s design and Olaf Winter’s designs – was that of Christof Loy, but the heavy lifting was done in Glyndebourne by Georg Zlabinger. The cast was revealing, led by Mané Galoyan as the heroine, in an ultimately unsettling relationship with top teno Charles Castronovo’s Rodolfo and heartbreaking with Vladislav Sulimsky’s father Miller. Enrique Mazzola, who was replaced by Jonathan Bloxham in later performances, focused on intimacy, sometimes with an almost musical chamber beauty. Glyndebourne kicked off with what I found a painstakingly symbolic production by Janáček Káťa Kabanová by Damiano Michieletto, fighting against the intense emotion of a beautiful cast and a reduced London Philharmonic Orchestra and Robin Ticciati. Jessica Duchen warmed up to the global impact more than me. The revival of Stravinsky’s Glyndebourne Tour The progression of the rake, the classic Hockney / Cox production more beautiful than ever 46 years later, had the best overall cast I’ve ever seen in the work, young vocalists Frederick Jones, Nardus Williams (both photo above by Sisi Burn with the Glyndebourne Chorus in the Bedlam scene) and Sam Carl plus Rosie Aldridge as a crystalline Turkish Baba bringing a new liveliness to the work.

Garsington aimed high with Bruno Ravella’s new production Der Rosenkavaier, using Kloke’s reduction in Strauss’s score as Jurowski had done in Munich; it sounded rich in the magnificent pavilion at Wormsley Estate. The success of the season, however, was a predictable riot of Cal McCrystal’s gags for Rossini’s Count Ory, completed by the double articulation and coloratura activity of the astonishing Andrea Carroll (in photo below with Patricia Bardon and Ladies in Waiting). Getting around social distancing issues in the bed-substitute trio required some ingenuity.

As Richard Bratby, who also chose the Garsington Rossini, points out, “if HMS chasuble [English National Opera’s second new production of 2022] didn’t react so well to McCrystal’s wacky aesthetic, he’s still the best thing that has happened to comedy in this country in a very long time. “

From the history of Spamalot to a more serious chronicle, this time Russian, and the opera in Grange Park achieved a triumphant double blow and directed (by Mikhail Tatarnikov) by Rimsky-Korsakov Pskov’s maid and its “prequel”, La Boyarina Vera Sheloga, like Ivan the Terrible (two other Korsakov rarities to tick the list). Clive Bayley metamorphosed into Stalin – a not too subtle historical parallel, that of David Pountney – in the most convincing way (in photo below by Manuel Harlan) RIchard and Stephen Walsh also hailed this major hit in GPO’s very impressive Theater in the Woods, an Italian-style opera without the trimmings but with very impressive acoustics (in my first experience of the venue). 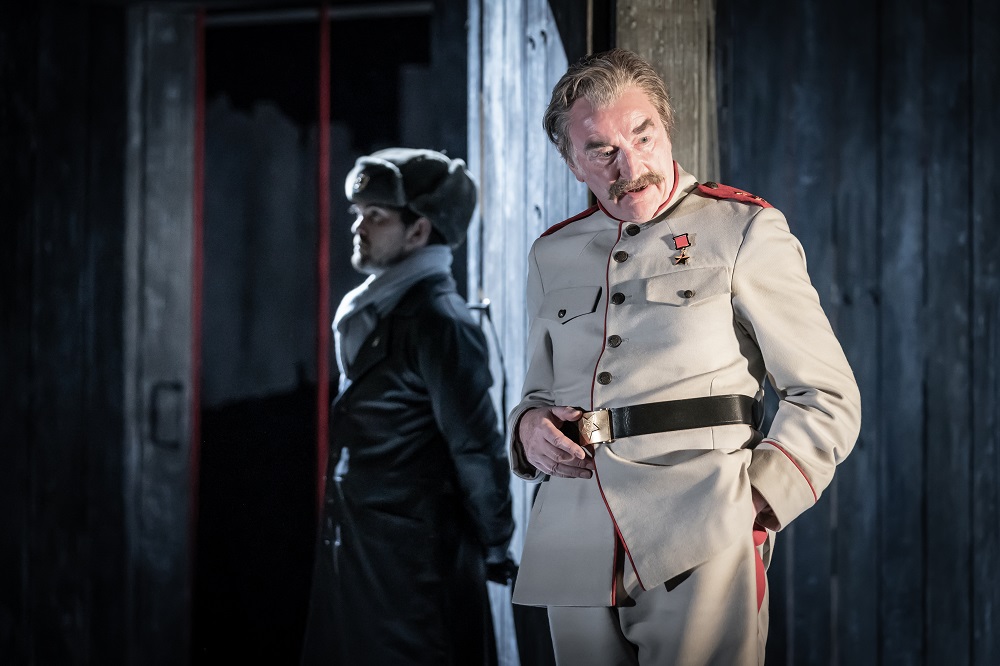 The company prides itself on a Falstaff with Sir Bryn as Sir John, but Alexandra Coghlan preferred Roland Wood in David McVicar’s new production for Scottish Opera: “not only beautiful – awash in color and imagery – but also both genuinely funny and subversively dark. Elizabeth Llewellyn sang a radiant and velvety Alice. Alas, the AC review was not for us, but this directing should return. As did the same company Così fan tutte at St Mary’s Haddington during the Lammermuir Festival. Christopher Lambton, who reviewed it online late last year, found that “all the spirit and sparkle the recording promised was perfectly preserved … It wasn’t a ‘deep’ Così, but frankly, who wanted deep in 2021?

“Classical, no-fuss virtues” were also appreciated by Boyd Tonkin in the cover of “clearly staged and deeply touching” by Rodula Gaitanou La traviata for Opera Holland Park. Congratulations to the company for its beautiful and spacious sail tent and its play area. It achieved the usual Italian rarity, that of Mascagni Amico Fritz and rather bald Cunning little vixen, musically superb. It has been a year for the first-rate leadership of outstanding conductors who happen to be women on the opera stage: in the case of OHP, Beatrice Venezifi for the Mascagni, dressed glamorously, Jessica Cottis for the Janáček. 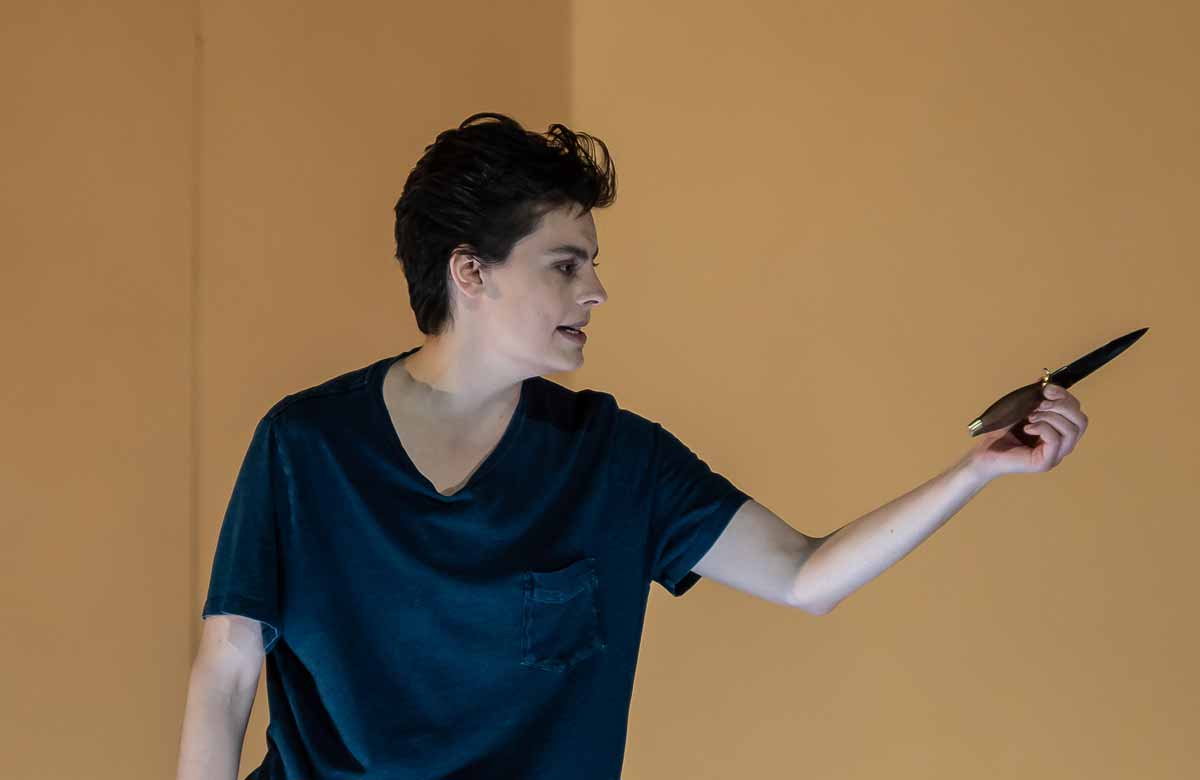 Although the first bet of the main season of the Royal Opera, the new production from artistic director Oliver Mears of Verdi Rigoletto, felt too routine too often, the Janáček Jenůfa traveled the soul as it should, with extremely vivid performances by the astonishing Asmik Grigorian and Karital Mattila. A few flaws in the sound balance due to a rising soundstage and a few questionable production gambits left it below perfection. What I couldn’t talk about earlier, may blossom from the unpredictable brilliance of director Richard Jones and Mark Wigglesworth’s dream team in a Mozart Tito’s mercy very busy from start to finish. Jones’s Last Wagner Ring throw with The Valkyrie at the English National Opera had major casting problems; there was none here. What a revelation in a still so fine ensemble to discover singers that many of us did not know, especially Emily D’Angelo (photo above by Clive Barda), although Nicole Chevalier, Angela Brower, Edgaras Monvidas and Christina Gansch also made huge impressions

Gansch’s hyper-expressiveness was one aspect of an exceptionally fine lineup for the 2021 BBC Cardiff Singer of the World final. The winner could have been soprano Masabane Cecilia Rangwanasha or mezzo Natalia Kutateladze as well as baritone Korean Jihoon Kim, who won the first prize. I can’t help but think that the wonderful Roberta Alexander may have influenced her fellow jurors too much in favor of Rangwanasha’s passionate spirituality in the song’s finale, which should have gone to Gansch or Malagasy baritone Michael Arivony, while that the biggest thrill of the overall final, for me, was Rangwanasha’s dazzling performance of the great outdoors of Act Five of Elisabetta in Verdi Don Carlo. This young South African (in photo below by Ellie Kurttz) has it all; we heard more from her Elisabetta in act two of the opera during a showcase for young performers at the Royal Opera Jette Parker, who also revealed a dazzling group during those most difficult years. The other big promise of the year, for me, came from 28-year-old lyrical soprano Johanna Wallroth in a mind-blowing recital with brilliant pianist Magnus Svensson at a Birgit Nilsson Days recital near the Peninsula Farm. Bjäre, in southwest Sweden, where the great singer grew up: my only trip to a festival abroad this year, via Copenhagen, one for which I’m deeply grateful. At a final gala, Wallroth teamed up to sing Sophie de Strauss to Octavan by former stipendium winner Emma Sventelius and Marschallin by masterclass star Miah Persson in plums of Der Rosenkavalier.

It is with a deep sense of shock that we learned of the untimely death of most notable opera director Graham Vick from complications of Covid in May. He had inspired my students during a three hour Zoom session on Prokofiev War and peace, and the last message I got was about his plans for RhineGold with his beloved and still iconoclastic Birmingham Opera Company. It happened after his passing, and with performances of such a high standard from everyone involved, most notably the first Wagner from Brum-born conductor Alpesh Chauhan with a full Birmingham City Symphony Orchestra, that the event turned into a celebration of all that had been achieved, and would continue to be achieved, by this company with the unwavering spirit of opera for all As Richard Bratby points out, in his second choice, “BOC’s work has never seemed more urgent, nor more necessary ”. In the photo below by Andrew Fox: briefly triumphant gods, crushed rainbow people.

A moving coda to the lyrical year came in the form of pocket Bartok, Bluebeard’s castle, reimagined as a heart-wrenching dementia drama set in the unfamiliar surroundings of what was once the Limelight Club, now Stone Nest. Of the two casts, or rather mixed casts, I have seen Susan Bullock’s astonishing performance as the confused wife and tender and frustrated husband of Gerald Finley; Alexandra reinforces my sense of wonder at what they have accomplished. But I was happy to have another track, Gweneth-Ann Jeffers, in a special collaboration with people with dementia, Judith’s Castle, a work of great integrity from a young songwriter to watch, Electra Perivolaris. AC’s words about the main event could equally well apply to its vital addition: “this intimate and confrontational staging was all fringe opera should be.” Amen to more of that in 2022, and the continuation of the live performances by means of vaccine passes and full face masks for the public, as is happening here in Italy as I write. They should have been introduced to the UK a long time ago; it is the only way to avoid disaster for the arts.