After 22 years as concertmaster of the Queensland Symphony Orchestra, Warwick Adeney has announced he will be leaving the orchestra in 2023 to pursue teaching and music-making more broadly in the community. Throughout his tenure, Adeney served under conductors Michael Christie, Johannes Fritzsch and Alondra de la Parra, and saw the orchestra undergo major organizational changes, including the 2001 merger of the Queensland Philharmonic Orchestras and Queensland Symphony.

Warwick Adeney on stage in the Concert Hall at QPAC. Photo © Pierre Wallis

“So many great concerts with our conductors stand out for me, including Bruckner and Brahms with Johannes Fritzsch, and Mahler with Alondra de la Parra in particular,” Adeney said, reflecting on his extraordinary 38-year musical career.

Other career highlights include performances by Vaughan Williams The rising larkand Handel Messiah in 2019 under Stephen Layton, whom Adeney is looking forward to playing QSO again in November.

“I am one of those players who likes to be deeply involved in what I am in at the time. From great symphonies in the concert hall to chamber music in schools or retirement homes, I am extremely happy and I feel good about making music. Among all these memories, I really enjoy playing with all my colleagues in the orchestra.

“I feel such gratitude for the experience of being in such a great orchestra, which communicates such a deep and positive culture for our community, and I encourage all Queenslanders to keep his legacy alive and cherish this premier guardian. class of the classical tradition.” 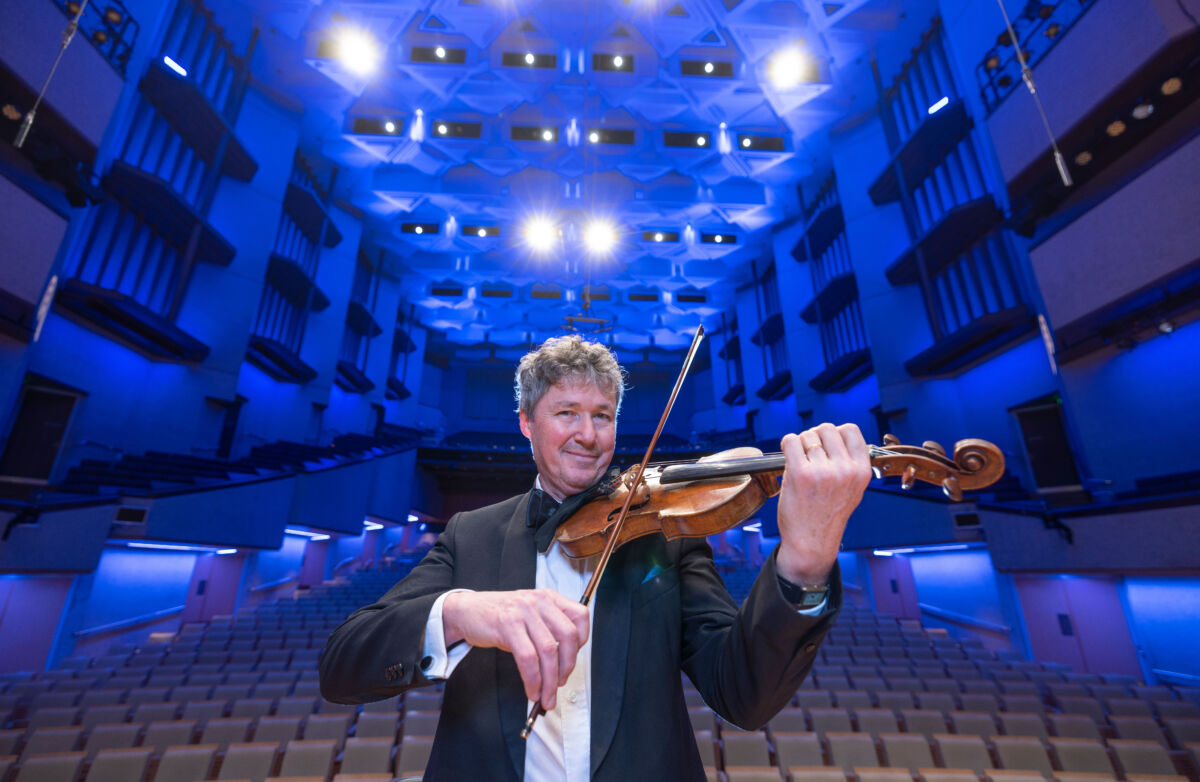 Warwick Adeney on stage in the Concert Hall at QPAC. Photo © Pierre Wallis

Since August last year, Adeney has shared the prestigious QSO role with Natsuko Yoshimoto, who will remain concertmaster while the process of replacing Adeney is underway. Adeney’s farewell appearance with the orchestra will take place in February next year, under the direction of new QSO conductor Umberto Clerici.

“Warwick’s commitment to the Orchestra and to our audiences around the world has been exceptional,” said QSO General Manager Yarmila Alfonzetti, praising Adeney’s integrity and musicality throughout his tenure as solo violin.

“What a wonderful way to sign off at the end of what has been a joyous year celebrating the company’s 75th anniversary and the dawn of a new era. We thank him and applaud his QSO career.