Gulfshore Opera brings together international tenor Anthony Kearns in a concert partnership with Artis — Naples. This one-night-only event will take place on Friday, January 21 at the Daniels Pavilion, the intimate black box theater of Artis — Naples. A few tickets are still available at press time.

Anthony is recognized around the world for over a decade of extraordinary collaborative work with PBS supergroup The Irish Tenors, with whom he continues to tour every year. In addition to his continued work with The Irish Tenors, Anthony has a thriving concert career and is also increasingly in demand on international opera stages. Gulfshore Opera audiences enjoyed seeing him as Nemorino in the GO production of The Elixir of Love at Artis — Naples in 2016. The evening’s selections offer a nice glimpse into his repertoire of concerts from Ireland to Broadway , from beloved melodies to popular classics, and from light comedy to the greatest tenor tunes ever written. 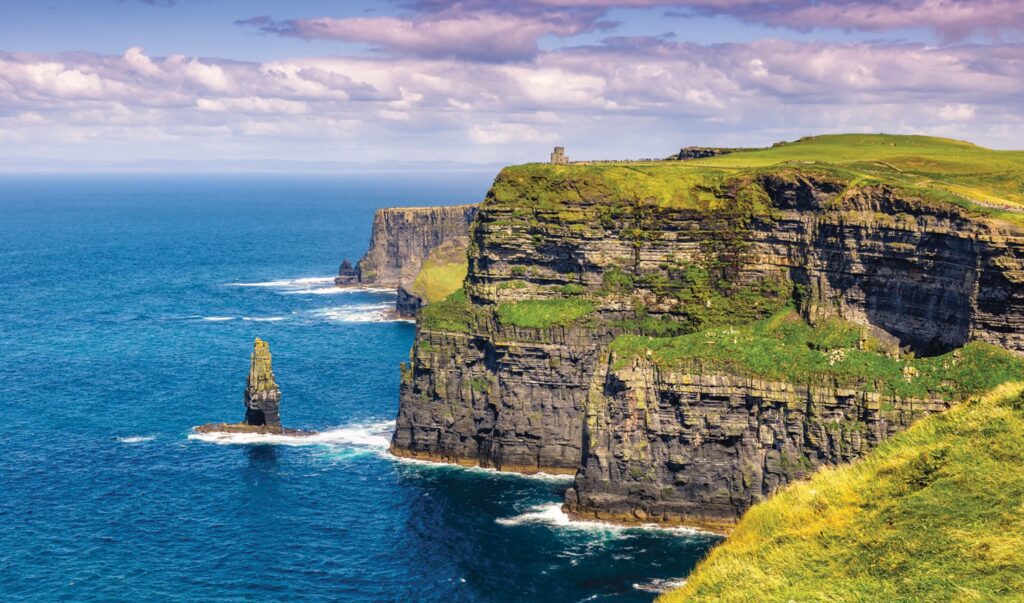 New York City Opera artist Glenn Seven Allen returns for this energetic evening of hit songs from major opera houses and classic Broadway shows. Allen has received critical acclaim on theater, opera, and concert stages across the United States as an accomplished singer-songwriter, praised for his dynamic portrayals of heroes and leading men. He has been hailed by Opera News as an “Edwardian matinee idol, giving by far the most detailed dramatic performance.” He is joined by Jacquelynne Fontaine, an opera, Broadway and Miss America pageant diva. Among her many accolades, she played the role of Italian prima donna Carlotta in the nationwide Broadway tour of “The Phantom of the Opera”. These dynamic stars will appear on a regional tour from January 25-30. 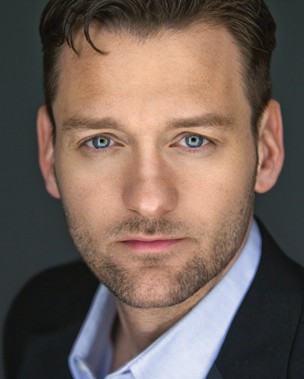 Returning by popular demand in the exotic atrium of the Innovation Hotel in Naples, Gulfshore Opera will feature a versatile quartet of opera voices singing your favorite love songs and passionate highlights from great operas. This romantic event on February 12 includes a glass of champagne and past hors d’oeuvres with a cash bar available.

Die Fledermaus, popular operetta by waltz king Johann Strauss, gets a makeover, set in the Hollywood golden age of the 1930s. Gulfshore Opera will premiere a new concept and new libretto by innovative director Josh Shaw of the Pacific Opera Project. Shaw will use the magic of cinema, soundstages, chorus girls and morning idols to take this fun and familiar musical to new heights. The main baritone is Kyle Pfortmiller, who has performed with opera companies across the United States including the Metropolitan Opera, New York City Opera, Michigan Opera Theater, Florida Grand Opera, and many more. . Pfortmiller will be joined by soprano Susan Hellman Spatafora, as Rosalinde. This production will tour the three counties from February 24-27. In Collier County, the production will take place at an exciting new location – Silverspot, Theater 12 in Mercato, including a party with the stars, where guests are invited to dress like their favorite Hollywood star of the 1930s.

Celebrate our parents’ rich heritage from the Emerald Isle with an evening of Irish music on March 10 and 17. GO Divas will perform beautiful traditional and contemporary Irish music with accompaniment of piano, violin and bodhran drum, Irish dance and several selections sung in Gaelic. Enjoy songs made popular by bands like Celtic Woman and The King’s Singers such as Nil Se’n La, Loch Lomond and The Rose of Tralee.

One night in Italy

On tour from March 31 to April 5, Gulfshore Opera presents an all-Italian evening with a grand opera program, Canzone Napoletana, and ensembles performed by nationally renowned artists from the Tosca cast. The event will provide a festival atmosphere with a post-concert reception in the Italian-style courtyard with fountain and nightlights at St. Leo the Great Catholic Church in Bonita Springs. In Punta Gorda, the evening includes an Italian dinner on the picturesque outdoor patio at Carmelo’s Ristorante.

The gala theme for Gulfshore Opera Season 8 is Romeo and Juliet, a timeless love story. The March 6 signature fundraising event begins with a concert featuring an exceptional cast of versatile opera artists. They will perform scenes from Gounod’s magnificent opera Romeo and Juliet as well as exciting moments from Bernstein’s “West Side Story” in the superb acoustics of the Bonita Presbyterian Sanctuary. Featured artists are New York Opera tenor Glenn Seven Allen as Romeo, and sparkling Miami-born soprano Kyaunnee Richardson as Juliet, with special guests the Naples Ballet. Gala package clients then head to the Bonita Bay Club for an elegant gala dinner, more entertainment and fundraising activities. 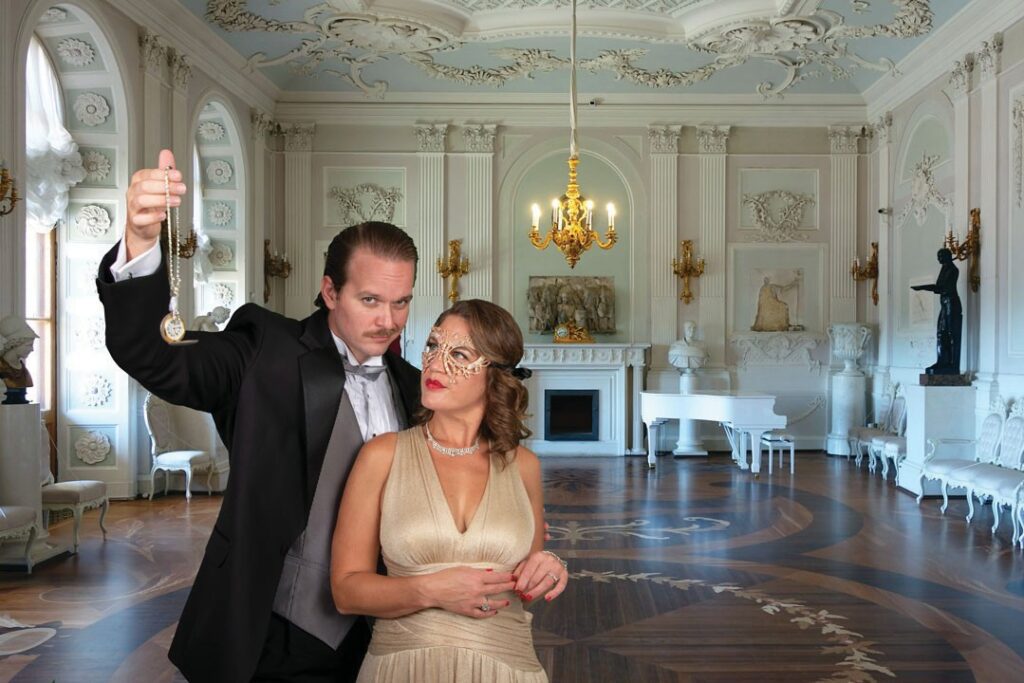 In a historic first for the Southwest Florida region, Gulfshore Opera will be the first production company to perform consecutively in major theaters across the three counties. Partnerships for this large-scale production include the Naples Philharmonic as orchestra and the Ft. Myers Mastersingers as chorus. The plot involves a tragic and political love triangle involving Mario Cavaradossi, a painter, deeply in love with Floria Tosca, a famous opera singer. His jealous rival is the sadistic police chief Baron Scarpia. The opera is sung in Italian with English surtitles. The title role will be played by Robyn Marie Lamp, whose voice has been described as “robust, easy to produce, golden but warm rather than metallic”. She appeared with the Boston Lyric Opera and made her Carnegie Hall debut in 2019. The production’s conductor will be the internally acclaimed Jorge Luis Parodi. He has worked extensively in North America, Latin America, Europe and Asia; notably with the New York City Opera, the Atlanta Opera, the Juilliard School, the Tampa Opera and the Lyric Opera of Chicago. 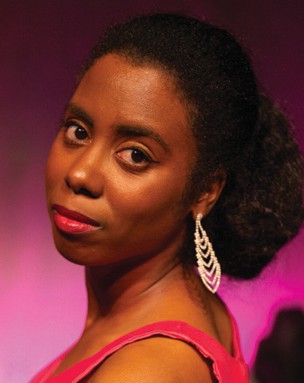 The Tri-County Adventure begins April 23 at the Charlotte Performing Arts Center in Punta Gorda. On April 26, the production moved to the Barbara B. Mann Performing Arts Hall in Fort Myers and ended on April 29 in Artis — Naples. ??

In the TO KNOW