In one of its most ambitious presentations of late, the Abbey Arts Centre, Ballyshannon – in association with the Donegal County Council Arts Service – are delighted to welcome the world famous Irish Chamber Orchestra to Donegal on Saturday 11th Junee, at 8 p.m. – for a special summer concert featuring award-winning Scottish classical guitarist Sean Shibe.

The evening program will include two superb works for guitar – Vivaldiis popular Concerto in D majorfollowed by the Oscar-winning English composer Malcolm Arnold incredibly beautiful Serenade for guitar and strings.

Violinists Katherine Hunka and Nicola Sweeney lead by Vivaldi Concerto for two violins Op.3, n°8, one of his sunniest pieces, while the evening will also feature works by Dvorak ( two waltzes ), dave fennessy ( Rosewood ) and Elgar’s masterpiece, Introduction and Allegro

Led by a virtuoso violinist Katherine Hunkathe Irish Chamber Orchestra is a formidable ensemble of twenty-two exceptional musicians, who have enjoyed enormous success performing and recording, at home and across Europe, the United States and Australia. ICOs reside at the Irish World Academy of Music and Dance at the University of Limerick.

The guest soloist of the evening is Sean Shibe, a prodigiously talented classical guitarist from Edinburgh. Frequently called the most prominent guitarist of his generation, the Guardian hailed the playing of his recent recording of Spanish guitar music, ‘Camino’, as “spellbinding and intimate”. He was the first guitarist to be shortlisted for the BBC Radio 3 New Generation Artists Award (2012) and earlier this year received the prestigious Leonard Bernstein Prize – worth €10,000 – from the Schleswig Holstein Musik Festival in Germany. A busy artist and performer, he has been a guest of Scottish Symphony Orchestras, the BBC and London. This current short Irish tour will be his second appearance with the Irish Chamber Orchestra. 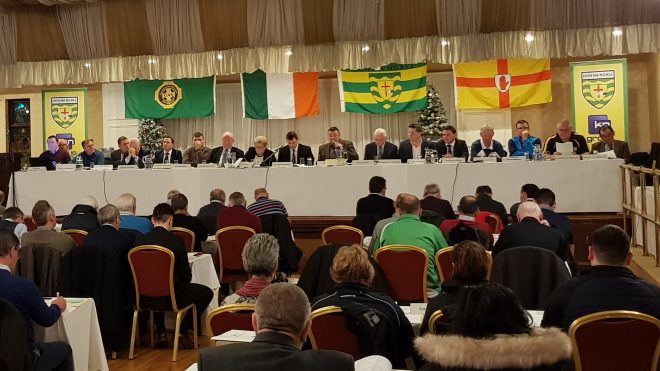 It is understood that Donegal will receive around €250,000 in grant money to develop changing rooms at the new…