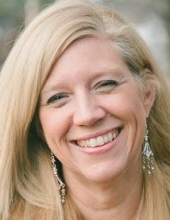 A rainbow appeared over Laurens District High School the morning after the death of popular band Paula Harshaw, convincing some that Harshaw had sent a final message.

Harshaw, 56, died on October 26 of injuries sustained in a three-car crash on Highway 221 in Laurens on October 22. She was buried Monday afternoon in Newberry, leaving behind her husband Clinton “Clint” Harshaw, who is a Professor at Presbyterian College, daughters Vanessa and Morgan and sisters Melinda Jean Beeco of Anderson and Charis Burger of Greenville.

LDHS Director Tina Faulkner said she had lost a colleague and friend who still had the ability to make her laugh.

“She and her children have touched my life enormously,” Faulkner said. “She made me laugh, and as well trained as Paula was a musician, she was normal. It was a beautiful thing to see his normality.

“She will leave a legacy here. She will be remembered in this school for a long, long time.

Harshaw had worked at LDHS since 2015. His students scheduled a memorial service and balloon release for 6:15 pm today (Wednesday) at the LDHS baseball field.

Faulkner said she believed the service would help some students and staff feel closed about the tragedy.

The news of Harshaw’s death blinded many of his students in the high school ropes program. Former group director Andy Entrekin said students and colleagues were aware of the injuries she sustained in the crash, but did not suspect them to be fatal.

The school orchestra’s fall concert went on as planned on October 26 and Burger, who had volunteered to conduct and teach his sister’s classes for a few days, learned of Harshaw’s death only 30 minutes before the start of the concert.

This forced Entrekin to lead the orchestra. The students gathered on stage after the concert and were informed of his passing.

“We didn’t want students to find out on social media,” Entrekin said. “We wanted them to hear it directly from us, so that we could all support each other.”

For Entrekin, the drudgery remained composed while conducting Harshaw’s orchestra. As the former director of the Raider Band, he said he understood the bond the musicians had made with their teacher.

“Being a conductor, conductor, or sports trainer is different from other teachers, I think,” he said. “Coaches and these directors can have students for up to eight semesters, so seeing these students lose someone with whom for years has built a relationship and closeness was difficult.”

Over the next few days, the students were allowed to grieve and offered help from school guidance counselors, Faulkner said.

Entrekin said Harshaw arrived at LDHS at an ideal time to help develop the ropes program there.

“She was very maternal to her students,” he said. “The two directors before her were male and looked more like demanding father figures, so I think Paul was a perfect fit when she was brought into the classroom.”

The Laurens County Coroner’s Office said Harshaw died of pulmonary thromboembolism, a blood clot caused by a blunt trauma she suffered during the sinking.

According to Laurens Police Lt. Scott Franklin, two vehicles – a Dodge Ram pickup truck and a GMC pickup truck collided on Highway 221, causing a traffic jam in oncoming northbound traffic and in the 2008 Ford Mustang. carrying Harshaw and his two daughters.

A total of five people were involved in the crash, were trapped in vehicles and taken to area hospitals after being extricated.

Harshaw was taken to Prisma Greenville Memorial Hospital where she later died.

Franklin said the crash was still under investigation.

She also often performed at the First Baptist Church of Laurens.