When Opera Australia announced just before Christmas last year that Jonas Kaufmann would be their Lohengrin in 2022, the news was a surprise festive treat for Melbourne – and indeed for Australia, as this Wagnerian epic would be the first fully staged opera. of the German tenor in this country. There was a lingering fear that the man considered the world’s greatest tenor might not end up here, however, and in the weeks and days leading up to opening night, the question on the lips of many opera-goers was: Has Kaufmann already arrived?

During Lohengrin, as Elsa and the people of Brabant eagerly await the knight she believes will defend her honor in a trial by combat, those who were lucky enough to attend the opening night had said to themselves that Kaufmann had indeed arrived. The sense of life imitating art was delightful, however, as we eagerly waited and then finally saw this famous singer, who embodied the heroic, superhuman knight with every note, look and move.

He walks around the stage with the flippant confidence not only of one who’s performed this role many times, but also of an incredibly talented (and beautiful) superstar. With a naturalness rare on the operatic stage, his Lohengrin gently woos, comforts and admonishes Elsa, and wields unquestionable authority over the villains. What’s even more remarkable is how Kaufmann makes singing as easy as talking, displaying effortless power, beautiful tone, legato smooth as cream and controlled, delicate pianissimo it’s impressive. The latter is the most obvious aspect of his expressive artistry – culminating in the climactic tune of Act III, In Land of Fernem – but he also adds subtle and exquisite embellishments like no other tenor can: a few singsong notes here, a little trill there.

It should be noted that Kaufmann shielded a small cough in the Act III duet, and his soft and high notes in Act I were slightly raspy. If he is not in perfect health, this virtuoso performance is all the more astonishing.

His Lohengrin is indeed a gift for Melbourne and Australia, but so are the other performances. Among them stands out the Franco-Russian mezzo Elena Gabouri in the role of Ortrud. Recalling his impressive rendition of Amneris in Opera Australia’s 2021 Aida, her powerful, agile voice is rich with a dark menace that conveys her character’s intriguing ways. Notable for her brilliant tone, beautifully formed notes and phrases, and her ability to express Elsa’s emotional roller coaster, American soprano Emily Magee got better and better over the three and a half hours of this opera ( outside intervals). His duet Act II with Gabouri is a highlight. 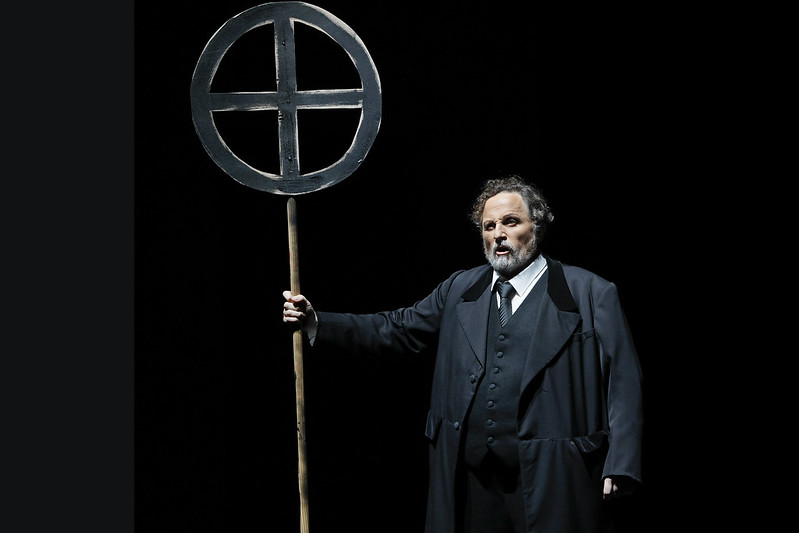 Three Australian singers are also holding up, notably Warwick Fyfe, who has become a reference for Wagner in this country. Appropriately stiff and vocally declamatory like the Herald, it displays a sumptuous baritone that only improves with age. Another familiar face and voice for local Wagner productions is Daniel Sumegi, who adds a bit of sweetness and uncertainty to his usual big, bass-baritone presence for the role of troubled King Heinrich.

Best known to local audiences for his many fine performances with Melbourne Opera, most recently as Last Year’s Star Das Rheingold, in which he played Alberich, Simon Meadows makes a very accomplished leap to a leading role with the national company. As an actor and singer, he conveys Telramund’s ambition for power and frustration when thwarted. If his hands are a little frantically comedic as they caress Gabouri in their characters’ moments of passion, no matter how warm and forceful his baritone is.

Although they have little leeway to act, appearing in formal blocks or in a gallery, the Opera Australia Chorus are vocally stunning – especially when the men sing as a powerful, harmonious force. Led by Opera Australia’s head of music, Tahu Matheson, Orchestra Victoria is also in top form. From the ethereal twinkling of the strings to the trumpets that sometimes blare majestically from the sides of the balcony, the band is Wagnerian in both scale and drama.

Musically, this Lohengrin is a five-star performance, but Olivier Py’s production isn’t all that satisfying. A Théâtre Royal de Monnaie/Opera Australia co-production, it takes place in Germany in the aftermath of the Second World War, pitting evil Nazis against virtuous Germans. It makes sense in some ways, most obviously as an expression of Lohengrin’s simple good versus evil theme, and also as an acknowledgment of Wagner’s anti-Semitism and the Nazi regime’s embrace of his work. . However, this production constantly struggles with the opera as written, to the point that the two are often in open conflict. 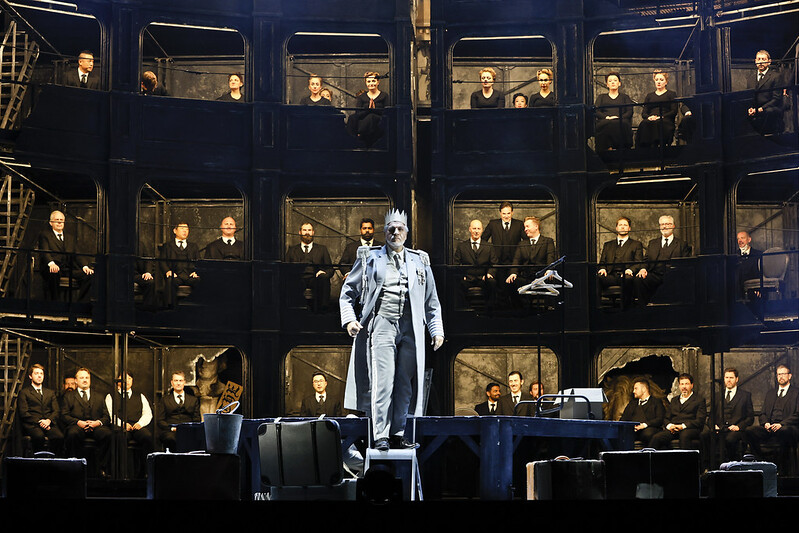 Avoiding the fun-park-ride associations of having Lohengrin arrive in a boat pulled by a swan is understandable, but turning the swan into a little pile of feathers, poetic as that may be, doesn’t make sense in context. King Heinrich no longer in the new setting of Py, while the fate of the boy Gottfried is absurd. Instead of having him transformed into a swan by Ortrud before finally reverting to human form as described in the libretto, he is here murdered by her and his corpse is strewn with feathers to no effect. Even more immediately shocking, Kaufmann sings about giving a crown, horn, and ring while handing over three cardboard crowns (which are otherwise an attractive visual motif throughout).

Pierre-André Weitz uses shades of gray for his soberly elegant 1940s costumes, and a set – cleverly lit by Bertrand Killy – representing a bombed-out theatre. It is impressively monumental yet nimble and remarkably silent in its reconfiguration, which is not limited to moving on a revolution. The frequency with which the set is reconfigured is, however, more blatantly distracting when it suddenly spins behind Kaufmann as he sings his splendid In Land of Fernemwhich is the most dramatically important moment of the opera.

Act III Giant wunderkammer of German Nationalist Romanticism suggest stage props, including a bust of Goethe, the Flying Dutchman’s ship, and the traditional Lohengrin swan. Each is labeled in bold gothic script with a mix of the obvious and the cryptic which also led Py to explain his vision on stage before each performance of this production when it first aired in 2018 in Belgium. Reinterpreting heritage operas to prevent them from becoming historical artifacts is essential, at least some of the time, but challenging the essential logic of the works to such an extent that Py does them a disservice.

While the production itself is at times dull and inscrutable, there’s no doubting the musical splendor of this Lohengrin – especially that of Jonas Kaufmann. Get a ticket to experience his Lohengrin if possible.

australian opera Lohengrin plays at the State Theater in Melbourne until May 24.