The return of summer to Philadelphia usually coincides with the return of warm-weather festivities, such as cultural festivals, block parties, downtown sips, and outdoor movies in city parks.

This summer, catch screenings of four popular films with live scores performed by Philly POPS and the Philadelphia Orchestra. “Movies @ The Mann” runs from July 23 through September 29. Visitors are invited to sit under the stars and watch some of their favorite movies while listening to live renditions of well-known film scores.

MORE: Brauhaus Schmitz will throw a block party on South Street with live music and tons of beer

Families can gather at the TD Pavilion or on the Mann Center’s Great Lawn to watch the movies on one of the many giant screens dotted around the site. Ticket prices vary and must be purchased individually.

“Our Movies @ the Mann series has become an annual tradition, and our 2022 lineup has something for moviegoers of all ages,” said Catherine M. Cahill, Mann’s President and CEO. “These evenings are also a wonderful way – a new way for many – to experience the brilliance of the Philadelphia Orchestra and Philly POPS as they bring these incredible film scores to life right on our stage for a night of fun. one-of-a-kind summer at the Mann!”

On July 23, “Movies @ the Mann” kicks off with “Harry Potter and The Sorcerers’ Stone” performed live with the Philadelphia Orchestra. Fans can celebrate the film’s 21st anniversary and hear the Orchestra wrap up its summer concert series at the Mann Center, performing John Williams’ popular soundtrack. 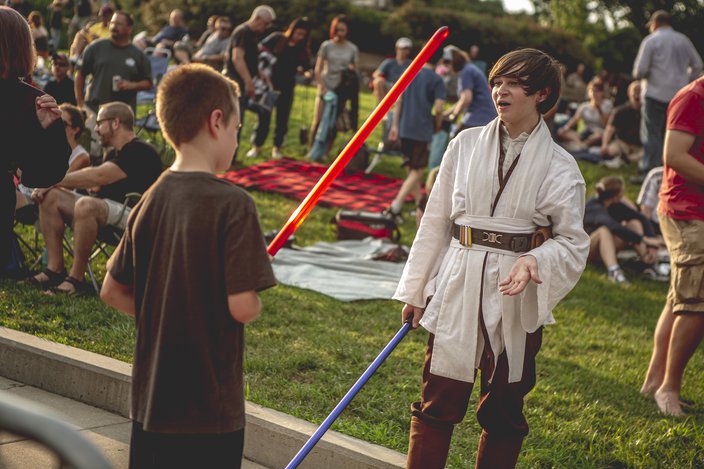 The movie starts at 8 p.m. Lawn tickets are on sale for $25, with additional covered seats available with prices ranging from $40 to $128.

On Tuesday, August 16, the whole family is invited to sing with “Encanto” at the Mann. The movie, which was released by Walt Disney Film Studios in 2021, has since become exceptionally popular, and kids and families can watch it on the big screen and sing along to songs like “We Don’t Talk About Bruno.”

The movie starts at 7:30 p.m. Lawn tickets are $25. Additional ticket office ranges from $29.50 to $190. VIP tickets, which include special parking, photo ops and movie-themed commemorative gifts, start at $224.

To close out the summer concert series, the Philly POPS will perform the score to “The Godfather” in honor of the film’s 50th anniversary on Thursday, September 29. The film starts at 7:30 p.m. and range of tickets from $25 to $75.

From July 23 to September 29, 2022
Times and ticket prices vary
The Mann Center for the Performing Arts
5201 Parkside Avenue, Philadelphia, PA 19131