Handel’s Annual Tradition Messiah took on a new dimension when the Christmas performance in July of this nearly 300-year-old work at Llewellyn Hall, Canberra. Messiah is a ubiquitous part of Christmas celebrations around the world. Normally when Australians see Messiah announced, they would plan their summer vacation. But in the heart of our winter, to hear Messiah played live made it more magical.

Even Mozart recognized the greatness of Handel’s music when he said, “Handel knows better than any of us what will make an impact.” And few works are more stimulating than Messiah.

That said, the calm, almost mournful opening at Messiah denies what is to come. Alongside strings, woodwinds, brass and percussion, there was a harpsichord played by the very involved and talented Ariana Odermatt, and an on-stage organ played by Linus Lee.

The first soloist, Andrew Goodwin, created clear and lyrical lines with his well-balanced voice. His sound sat perfectly in the many highest notes of this song. As the choir rose and sang the first of their many sections, the warmth and volume of their collective voices filled the hall with an air of musical joy.

With his penetrating bass voice, Adrian Tamburini turned up the volume and immediately grabbed attention. His short tune created a thrilling mood. Then Tobias Cole, with his countertenor voice, completely changed the look of the music. His dramatic and candid presentation of But who can bear added color and presence to this soft, slow tune. The choir created wonderful transverse harmonies, while producing a full and even tone for And he will purify.

Tobias Cole, who is also director of the ANU Chamber Choir, talks about Messiah, “He is always popular because his questions are relevant today. How do we tolerate an individual who challenges our ideology? And is there something beyond the material? For me, a performance of Messiah is ultimately a transcendent experience.

Anthony Hunt, who made his CSO debut with this concert, is Music and Chorus Master at State Opera South Australia. He handled every section and every phrase with expressive and delicate direction.

The beauty of this music lies in the strong dynamic between the orchestra, the choir and the soloists. Each interpreter is as important as the other. The balance between their contributions and the silences shows Handel’s talent in this music and in all of his music.

Canberra-born soprano Chloe Lankshear, who performed in Canberra with the Luminescence Chamber Singers and other bands, created a strong stage presence with her clear, powerful and pulsating voice. 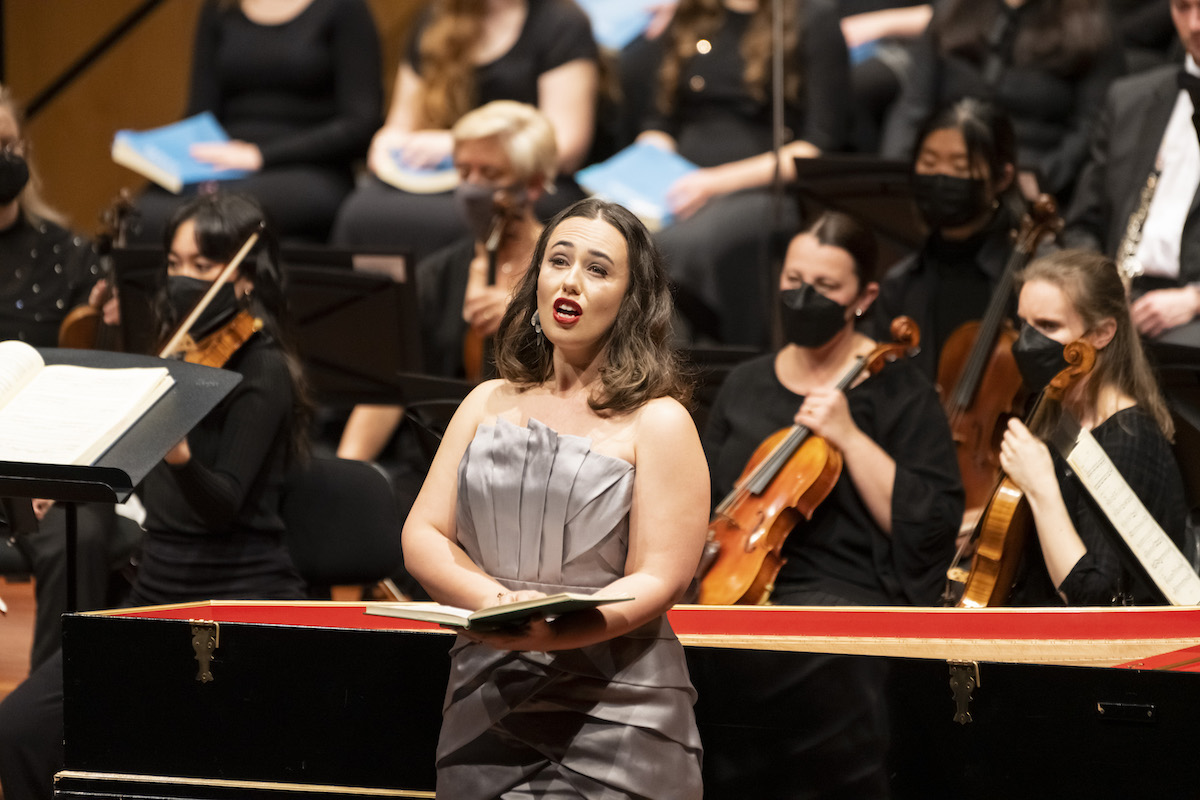 Her first two songs showed great balance and dexterity on long trilled notes. But in the soft, plaintive lines, his ability to weave subtle colors shone through.

After the intermission, the drama Behold the Lamb of God for choir and orchestra is one of the most profound movements of the work. It brings the listener right back into the power of this music. The following movements for chorus and orchestra were full of a denser and more complex nature. The strength of the choir was strong throughout these lively parts.

Then the Alleluia Chorus. The conductor motioned for the audience to stand up, and they did. When the music started, some in the audience sang, but quickly stopped as they weren’t sure if they were supposed to contribute, as the conductor didn’t turn to the audience and tell them. not directed. It was a bit confusing.

For the third and final part, Lankshear returned to the stage to sing I know my Redeemer lives with as much sensitivity as his previous songs. For The trumpet will soundprincipal trumpeter Zach Raffan stood up and created a piercing duet on his piccolo trumpet with Tamburini’s expressive bass voice.

The Amen for choir and orchestra, which ends this massive oratorio, captures all that is powerful and profound in this revealing work that will no doubt be performed for centuries to come.

The almost full audience for this first of these two mid-winter concerts of Messiah shows that this age-old piece can fill many concert halls, no matter where and when it is played.

The Canberra Symphony Orchestra and the CSO Messiah Choir perform the Messiah again at Llewellyn Hall on Saturday July 9 at 7:30 p.m. Reservations.