Pinchgut Opera’s production of Antonio Cesti’s mid-baroque tailoring orontea is sparkling entertainment, delivered by 11 specialist solo singers and a nine-member Down Under Orchestra, all led from harpsichord and chamber organ by Pinchgut’s Artistic Director, Erin Helyard, and conducted by Constantine Costi.

First at the court of the Archduke of Innsbruck in 1656, orontea was one of the most popular operas of the time. Performed mainly by castrati, it had more than 20 performances until the 1680s and fell into oblivion, lost until the 1950s when three scores were discovered in Italy and one in the Pepysian Library of Magdalen College in ‘Oxford, leaving four extant complete scores. Modern revivals began in Milan with the recently deceased Teresa Berganza singing the title role in 1961. For this production, Helyard adheres more closely to Innbsruck’s premiere by using Roman rather than English sources.

orontea is fun, irreverent and thumbs its nose at social mores. The libretto by Giacinto Andrea Cicognini is full of humor and the music by Cesti is delightful. Two pairs of lovers, a commoner Alidoro who is actually a prince, a darkly plotting Creonte courtier, the buffoonish Gelone with red cheeks, said to be the first jester role in music history, and young Giacinta playing the “pants role,” all unwind in a heady drama of intrigue, infatuation, drunkenness, and mistaken identity. The singers of Pinchgut are an attractive and capable ensemble, possessing the comedic timing, acting chops and vocal ability to deliver Cesti’s long legato lines, steady and progressive melodies, infectious and typically minimal rhythms. flourish (ornamentation). They pivot with ease from simple lines of recitative to arias that range from lyrical to downright comedic to painfully beautiful.

The creative team along with Costi and Helyard combined these elements to present a lavish production, emulating the flamboyance of Venetian opera in a 21st century context. Four self-determined women dominate the cast. Mezzo-soprano Anna Dowsley gives a powerful performance in the title role. An accomplished performer, his past roles include Cherubino, Rosina and Zaida as well as pants roles like Siebel and Tebaldo. She recently made her debut as Carmen in her first German house appearance with the Staatstheater Nürnberg. His transition to baroque opera is intriguing and welcome. Dowsley plays in the Baroque style with richness and strength. Her singing is light yet athletic and she colors her lines with the slightest touch of vibrato adding texture and interest to her sound. His interpretation of Intorno all’ idol mio is simply fascinating. Dowsley’s Orontea is a dominating, knife-wielding queen, game to wrestle with any man, who is reluctantly sweetened by her love for Alidoro, sung by her real-life partner Jonathan Abernethy, adding an extra layer of thrill to the dynamic. Its transformation and moment of realization, So arrogant sei? sung with Creonte, played by the exceptional David Greco, is a highlight. 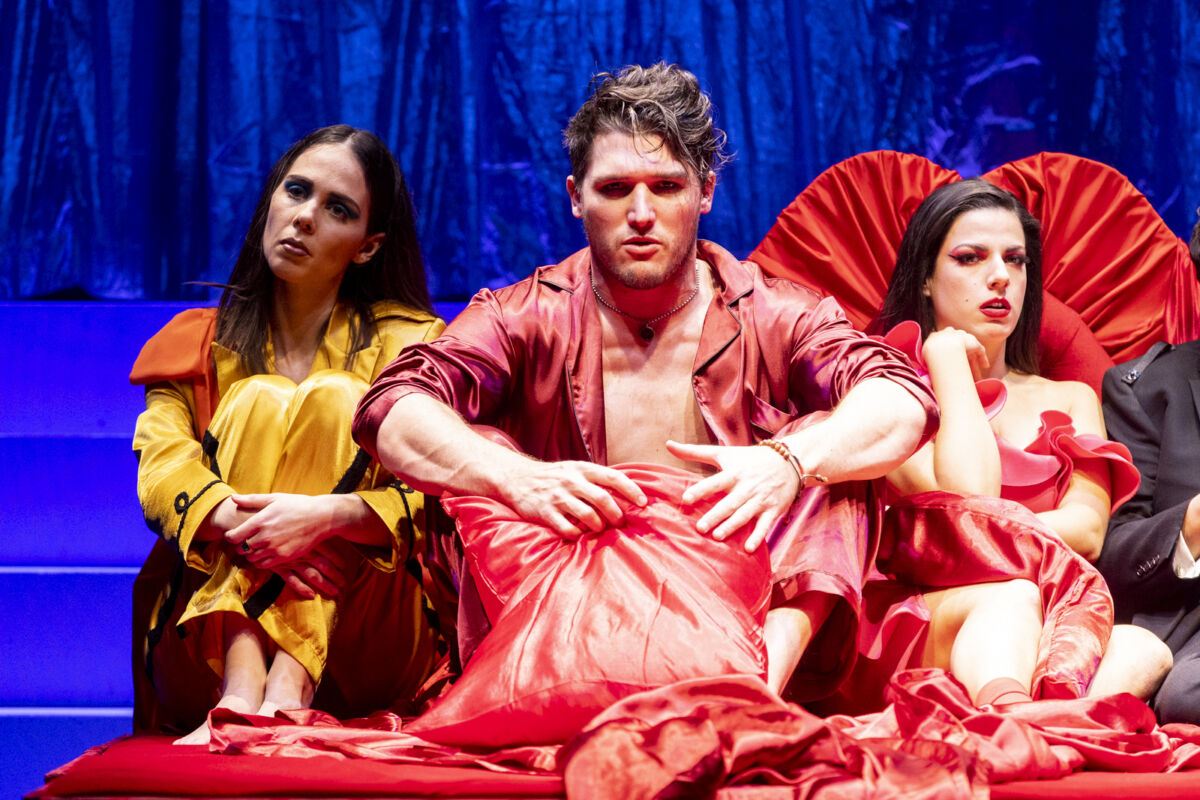 The reading of the capricious Silandra by the soprano Sofia Troncoso would fit perfectly into an episode of the bachelorette. It has a crystalline, pure and beautifully controlled timbre. Come on sweet, his duet with Corindo (sung by Douglas Kelly) is not a melancholic love song, but a comedic climax, all arms, legs and body panting. his tune Addio, Corindo is less lamentation and more “Good Riddance” since she can now freely pursue Alidoro.

Dominica Matthews as Aristea, the hyper-sexed dowager, and Roberta Diamond as Giacinta, a gun-toting roller skater, round out the quartet of feisty women. The cast includes three outstanding tenors in Abernethy, Kelly and Louis Hurley (Pinchgut’s Humanity Foundation Taryn Fiebig Scholar) as Tibrino. Abernethy has a lovely tone and line, beautifully evident in his tune Alidoro adores you. Kelly is a splendid tenor, a picture of heartbreak when rejected by Silandra and comic trepidation as he cavorts with Silandra and Gelone in Act 1’s teasing Scene 8. Andrew O’Connor singing the jester Gelone carries much of the action. Clean lines and rich timbres, he is an expert in this musical style. Through drink, he clowns around and drowns out his pain of serving as butler to the privileged, revealing Gelone’s dark side to us in a poignant In grembo ai fiori. 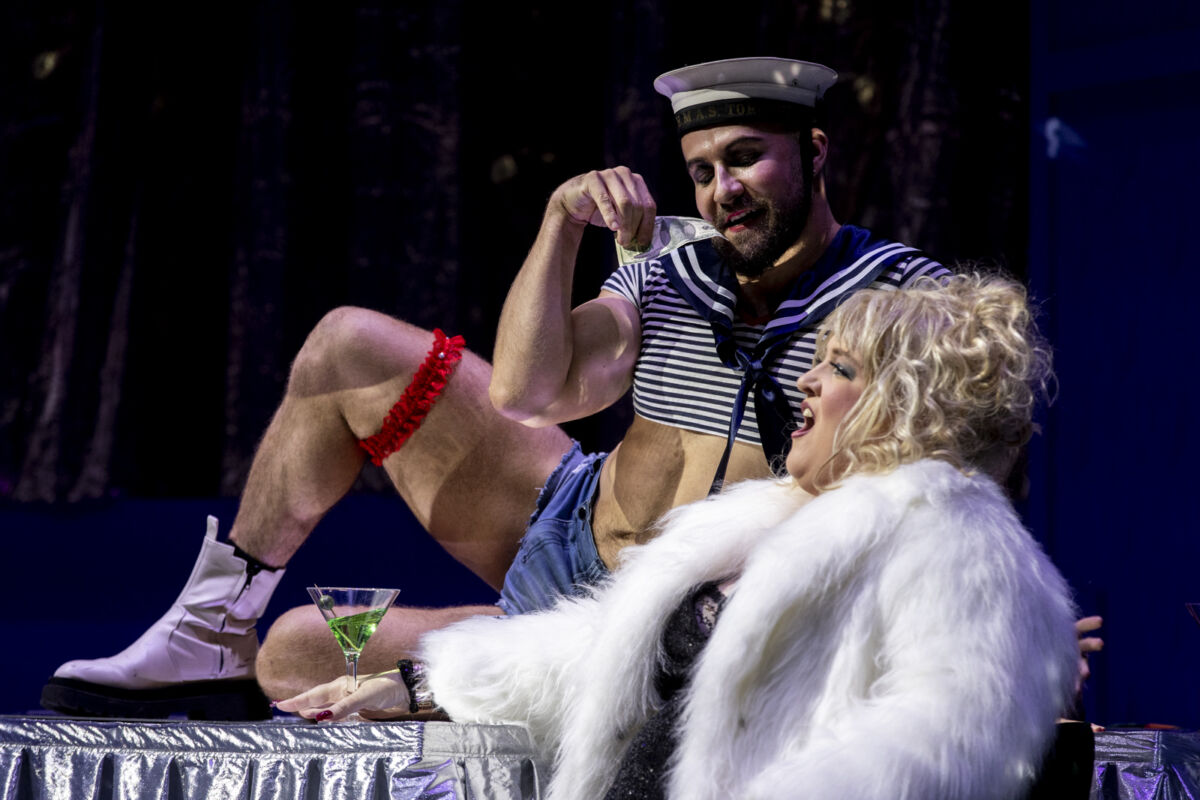 The long recitatives are propelled by the two dancers on stage, Alexandra Graham and Ryan Smith, without whom the story can drag on. The orchestra plays a critical role in the recitatives and in the instrumental interludes. Helyard is meticulous and discreet, its musicians create a luscious sound, supporting but not detrimental to the singers.

Pinchgut makes magic with the recital hall, extending the stage with a catwalk that wraps around the orchestra and uses the boxes for the opening speech between love and philosophy and integrates the stage galleries here. above in action.

The company commendably provides rewarding pre-season background documentation through documents on the company’s website. The program itself contains a wealth of information as well as the text and translation of the booklet. The English surtitles are witty and the double meanings do not go unnoticed.

orontea is a classic entertainment that draws not only belly laughs, but also cheers from the audience. Beneath the style, there is a substance that we can all identify with.