Despite struggling with the incredibly COVID-contagious Omicron variant and the resulting cancellations, the Opéra National de Paris still managed to stage Mozart’s masterpiece, “Don Giovanni.” It was a quintessential performance, where all the lead soloists were, remarkably, able to play – due to high infection rates, it’s increasingly common for covers to step into solo roles at the last minute. – while the chorus and extras all performed behind mask safety.

American bass-baritone Christian van Horn performed the lead role. It has a beautiful, dark, rounded timbre that navigates freely through the passages of this difficult role. He was the most audible of his male colleagues on stage, although his voice was not projected at the same level as his female colleagues. This had the effect of leaving his sound in “second place” when singing with the sopranos or in ensembles.

He offered an exquisite lyrical interpretation of the famous duet “La ci darem la mano”, with a soaring mezza voice, however. He had perfect diction and intonation on the fiendishly difficult tune “Fin ch’han dal vino”, where the conductor Bertrand de Billy chose a modest tempo that favored the singer. Van Horn was thus able to overcome the forte sound of the orchestra on such formidable lines as “Se trovi in ​​piazza qualche ragazza”, written constantly above the staff between C and E flat. This is a dangerous zone for low voices and a zone in which Van Horn sang with determination, strength and flexibility.

He seemed to struggle in his second act tune “Deh vieni alla finestra”, however. I can’t be sure if his voice wasn’t in top form that night, or if he was tired, but he was struggling to sing mezza voce above the staff, seeming to run out of air, some sounds appearing unstable. This tune is very difficult because the voice is completely exposed: it has only a mandolin for accompaniment alongside strings in pizzicato, while requiring the performer to sing in a high range. It didn’t seem to suit his voice.

Conversely, his singing becomes powerful and exciting when he approaches the most dramatic moments, as seen in his incredible interpretation of the final scene and his confrontation with the Commendatore. He even delivered an almost impossible sustained high natural A, a note totally beyond the reach of most bass-baritones, and which only a few baritones dare to attempt after a long night on stage. It is a note that has been interpolated by tradition, and it is not written in the score.

Polish bass Krzysztof Baczyk performed Leoporello. He has a nice bright bass timbre, but it lacked projection and his voice sounded distant, often masked by the voices of his female colleagues. The range of the role proved uncomfortable for the singer, and this showed in his first aria, “Madamina, el catalogo è questo”, which constantly navigates between high D and E. Here Baczyk was darkening and covering the sound, making constant changes in his timbre and muffled high notes. This character is ideal for a bass-baritone, and therefore any bass is very brave to attempt such a demanding role for her voice. I am convinced that in lower roles that do not require excessive use of the upper register, Baczyk’s voice is freer and more voluminous.

That said, he gave a very personal and intelligent portrayal of Leoporello, avoiding any buffo cliche with believable acting. Most of Mozart’s Low Voice Roles for Men were written for low-baritones, as the range seems too high for basses and too low for baritones.

Romanian soprano Adela Zaharia performed the role of Donna Anna. When you hear her big, velvety, round sound, it’s hard to believe she has Lucia, Gilda, Konstanze and Elvira de Bellini in her repertoire. Her voice is lyrical and her projection is mesmerizing. His voice could be heard above the rest of the ensemble singers. She delivered an exquisite version of her first act aria, “Or sai chi l’onore”, with its seamless velvet timbre ringing out clearly and with incredibly well-sustained crescendos in the several sustained A naturals that appear throughout the room. She had the opportunity to show off her bel canto technique in the rolls and staccato highs of her second act aria, “Crudele!…non mi dir,” which was performed impeccably and with great emotion.

From the first lines of her entrance aria, “Ah chi mi dice mai”, it was clear that Australian soprano Nicole Car’s rendition of Donna Elvira was going to be a big hit. She possesses a dark and lyrical voice with an incredible projection that envelops the auditorium of the Opéra Bastille. No matter where she was on stage, her voice always sounded like it was close to your ears. She had perfect breath control, with all note attacks precise and clear. The scales that closed his aria were fluid up to three brilliant B flats. She was furious and menacing in “Ah fuggi il traditor,” keeping her voice flexible and delivering well-sustained natural A’s. Her courageous interpretation of “Mi tradi quell’alma ingrata” received the biggest ovation of the evening.

In my opinion, the voices of the two sopranos sounded very similar in timbre and volume and so there was no contrast between the two characters. Donna Elvira has been played by mezzo-sopranos, whose voices may be used to better reflect the extreme desperation of her mental state, while Donna Anna is usually sung by lighter-voiced sopranos, to reflect the purity and the innocence of his character. But this distinction made by the type of voice does not always occur – as can be heard listening to the vast discography of this opera – and the Paris Opera was no exception.

Belarusian tenor Pavel Petrov sang the role of Don Ottavio who, in the absence of his second aria “Il mio tesoro”, is relegated to backing lines, ensembles and a single short aria. His voice sounded guttural and he lacked projection, often sounding distant and small. He had problems with Mozart’s “clean attack” style of singing, and some intervals of his only aria “Dalla sua pace” were sung with timid portamenti. Petrov did this to make sure the sound was in the right position, but it completely broke the flow of the line “Dalla sua pace, la mia dipende”, as he prepared the high G before singing the consonants . To his credit, however, he delivered a high G pianissimo.

Russian soprano Anna El-Khashem sang the role of Zerlina with her sweet, powerful, crystalline voice and shone in a role which, although it features two arias and several duets, seems quite secondary after the strong personalities and brilliant arias of the two principal sopranos. But it’s the seeming simplicity of the vocal writing for this role that makes it so demanding and El-Khashem proved she delivered in style, with a clean, crisp note attack and flowing lines in legato. She had the chance to show a darker side of this usually naive character in the rarely performed duet with Leporello “Per queste tue manine”, where Zerlina becomes aggressive and even sadistic.

Ukrainian bass Alexander Tsymbalyuk sang the short but important role of Il Commendatore. He seemed too young for the role and his voice betrayed him. It was not well suited for a basso-profondo. The psychological impression of this character, which Mozart so skilfully conveyed in his score, is that of a strong, voluminous voice that presents an old upper-class gentleman, a father, and a vengeful ghost. Tsymbalyuk’s voice didn’t have the power, or the projection, to sound threatening and strong. His sound is well supported, and his timbre is homogeneous throughout his range, and he is undeniably a good singer: I only believe that his voice was not ideal for such a strong and heavy role. 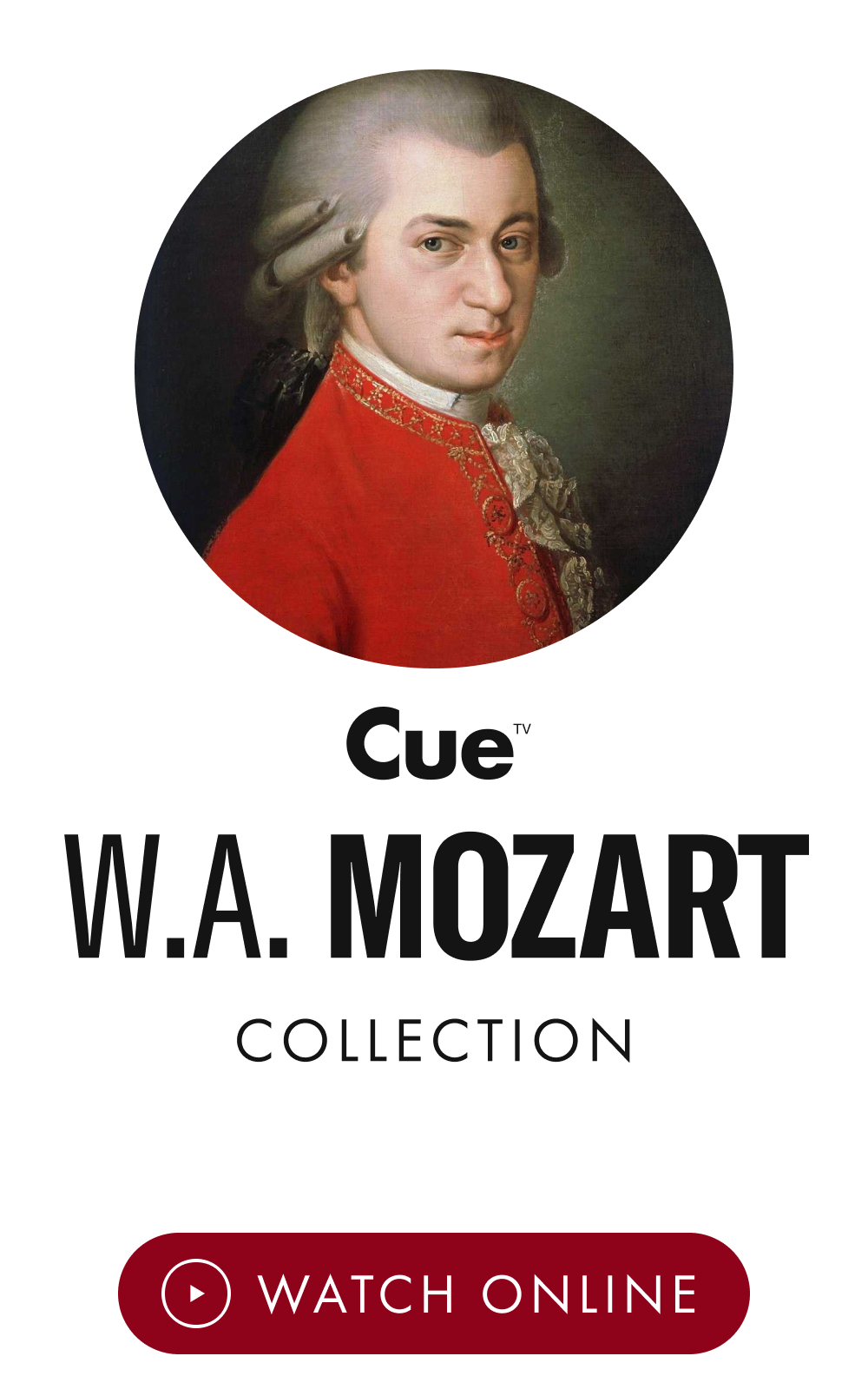 The Paris Opera presented a revival of its own production, directed by Ivo van Hove, which, with sets and lighting by Jan Versweyveld, costumes by An D’huys and projections by Christopher Ash, have created a powerful and meaningful adaptation of the famous Don Juan myth.

The production’s use of its theatrical resources is so well balanced that each scene is a surprise and a thrill to behold: something very rare in modern shows, where stage effects are often overused, making productions repetitive and tedious. . The sets were three concrete buildings with many doors, windows, and stairs. The buildings were in a constant state of movement throughout the first act, but the movement was so slow that it could not be perceived: we only noticed that the perspective of the stairs and walls had changed at the end. of a moment. The effect was subtle but left a tremendous impression. In the second act, the audience, accustomed to this aspect of the setting, received a shock when the Commendatore appeared and the buildings suddenly turned around at high speed, creating an enclosed, claustrophobic space that represented the imprisonment of Don Giovanni. There are projections, used only in this scene, of thousands of people in motion. The footage expands as the scene progresses, finally showing a group of people in the mud moving against each other. The effect was electrifying. The sets and costumes are gray and light brown, reflecting the protagonist’s moral decadence.

Buildings appear with curtains, flowers, hanging garments, and plants sprouting from their balconies, transforming these monolithic concrete abstractions into a naturalistic environment. The concept works beautifully and the effect of the lighting on the constantly moving and changing backdrops creates a sense of endless possibilities. Van Hove opted for a naturalistic acting approach, making believable the opera’s many comedic moments, as well as Don Giovanni’s final fight to save his soul from damnation.

The French conductor Bertrand de Billy opted for a fast and frenzied tempo. The agile tempo of the Andante of the Overture marked the rhythm of the whole opera; he was precise with dynamics and rallentando but still sustained a fast tempo. It was in keeping with this opera as a whole: a performance that Mozart classified as “dramma giocoso”, i.e. a “comic piece”, because the “drama” did not have the meaning of tragedy. which he would reach later.

The overture, the final scene of the first act and the dinner of Don Giovanni in the second act were full of energy. De Billy knew he also had to get all the drama the Orchester de l’Opéra de Paris could provide, in scenes like the start of the Overture, the murder of the Commendatore or the confrontation between Don Giovanni and the Commendatore – and he executed it perfectly. De Billy presented the Viennese version of the opera, which contains a single aria for Don Ottavio – “Dalla sua pace” – an additional buffo duet for Leoporello and Zerlina, and a new recitative for Donna Elvira before her second act aria” Mi tradi quellálma ingrate. But instead of ending the opera with Don Giovanni descending into hell, de Billy maintained the buffoonish and moralistic ending of the Prague version with a final set. The Paris Opera orchestra shone in the pit and the choir performed its brief appearances with excellence.

All in all, it was a splendid and dramatic production with a large cast of singers where the female voices eclipsed their male colleagues.