The Australian Chamber Orchestra has unveiled an ambitious 2023 season, delving into what it describes as new and unexpected sonic worlds, blending the old with the new and the revered with the unknown. 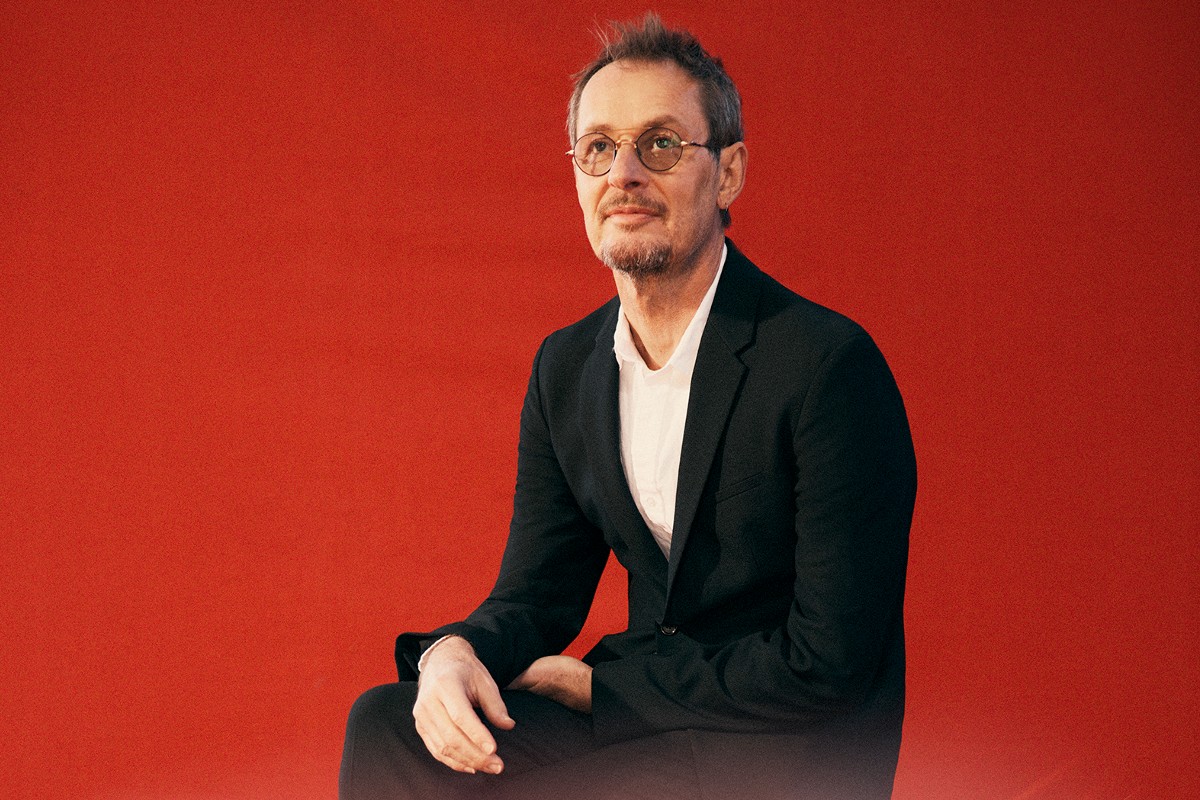 Announcing next year’s programme, Artistic Director Richard Tognetti said: “In 2023, the ACO will celebrate with the joy of collaborating with extraordinary musicians from all over the world. This includes a national tour with Will Gregory, one half of British electronic music duo Goldfrapp. We will also reunite with incredible soloists and dear friends, including pianist Polina Leschenko, violinist Ilya Gringolts and Egyptian-Australian brothers Joseph and James Tawadros for concerts that range from the greatness of Bach, Vivaldi and Mozart to some of the greatest composers. more exciting today.

2023 is also shaping up to be a great year for female composers.

“If we can find a female connection,” Tognetti says, “the more females the better.”

The season begins in February with a new visit by Ilya Gringolts performing Bruch’s Violin Concerto No. 1.

“Ilya is one of the great virtuosos on the planet and he can do all kinds of nasty things on the violin,” says Tognetti.

This concert also includes the world premiere of Harry Sdraulig’s Inclinedwhich was commissioned by the ACO, with the Concerto for string orchestra by Bacewicz and the Symphoniesatz. 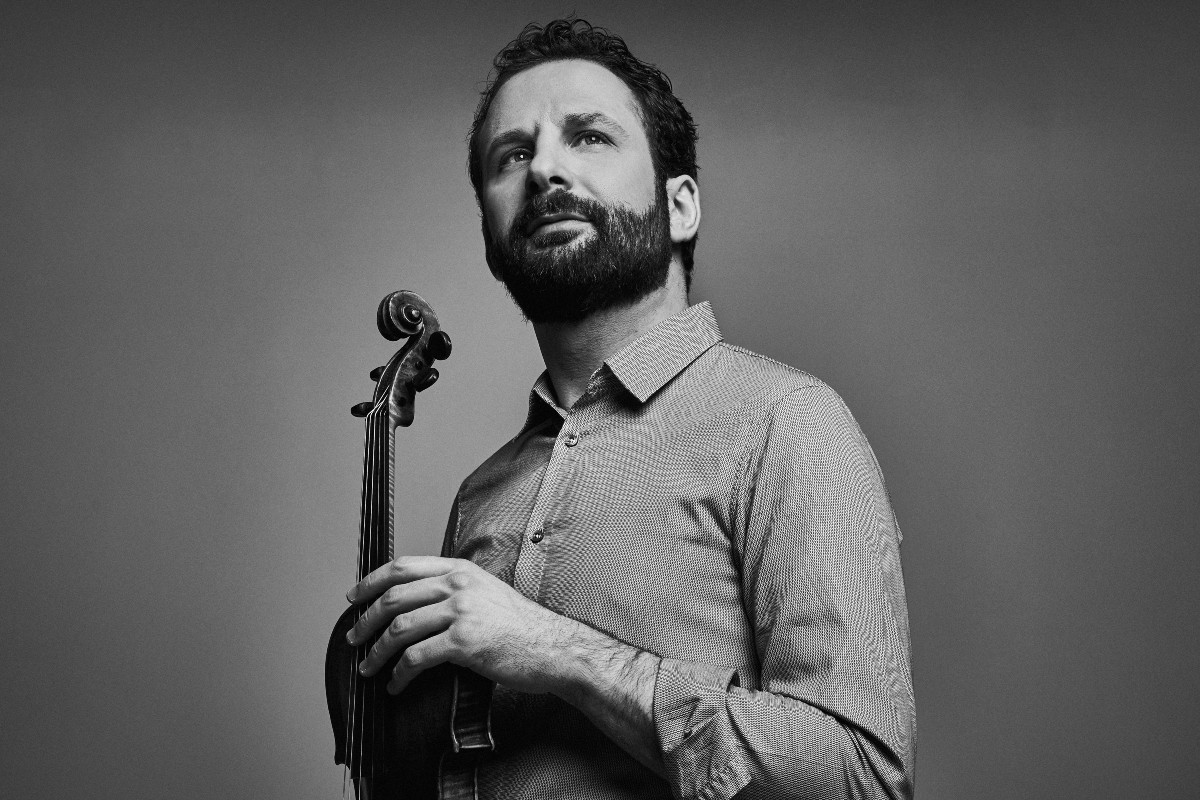 In March, the Tawadros brothers, four-time ARIA winners, meet with the ACO for a redesign of Vivaldi The fourth Seasons. With Joseph on oud and James on Arabic percussion, Tognetti describes the program as “an exploration of the incredible blend of Vivaldi’s Venice, North Africa and the Middle East”.

Other musical journeys will follow in June, with Mozart’s “Paris” and “Linz” symphonies, alongside the “Haffner”, which the composer wrote for the ennoblement of his friend Sigmund Haffner the Younger in Salzburg. Tognetti describes performing Mozart’s symphonies as “dancing to one’s own joy” and the ACO will be joined by vintage wind and brass instruments from around the world, as well as string musicians from the Australian National Academy of Music. .

Continuing Tognetti’s exploration of music and film, A clockwork orange and beyond promises to be a season highlight, involving a collaboration with British electronic artist Will Gregory. A considerable part of the program will celebrate the groundbreaking music of 20th century composers Wendy Carlos and Delia Derbyshire. They were pioneers in a field later dominated by Vangelis, John Williams and Hans Zimmer, whose music will also be featured.

Gregory’s Moog Ensemble will join the ACO and provide the authentic sound pioneered by Bob Moog in 1964 and made popular by Carlos. In 1968, Carlos released his platinum album Bach lit, winning three Grammy Awards. It topped the Billboard classic charts for three consecutive years and sold over one million copies.

“She took the music to 3D,” Gregory said. The Guardian in 2020. “Nothing for me has lived up to that record. He brought the synthesizer into the mainstream as an expressive instrument, not just a sci-fi effects machine.

Carlos also composed the film scores for The Shining, A Clockwork Orange and tron. The concert will feature selections from the latter two, as well as his Bach album. 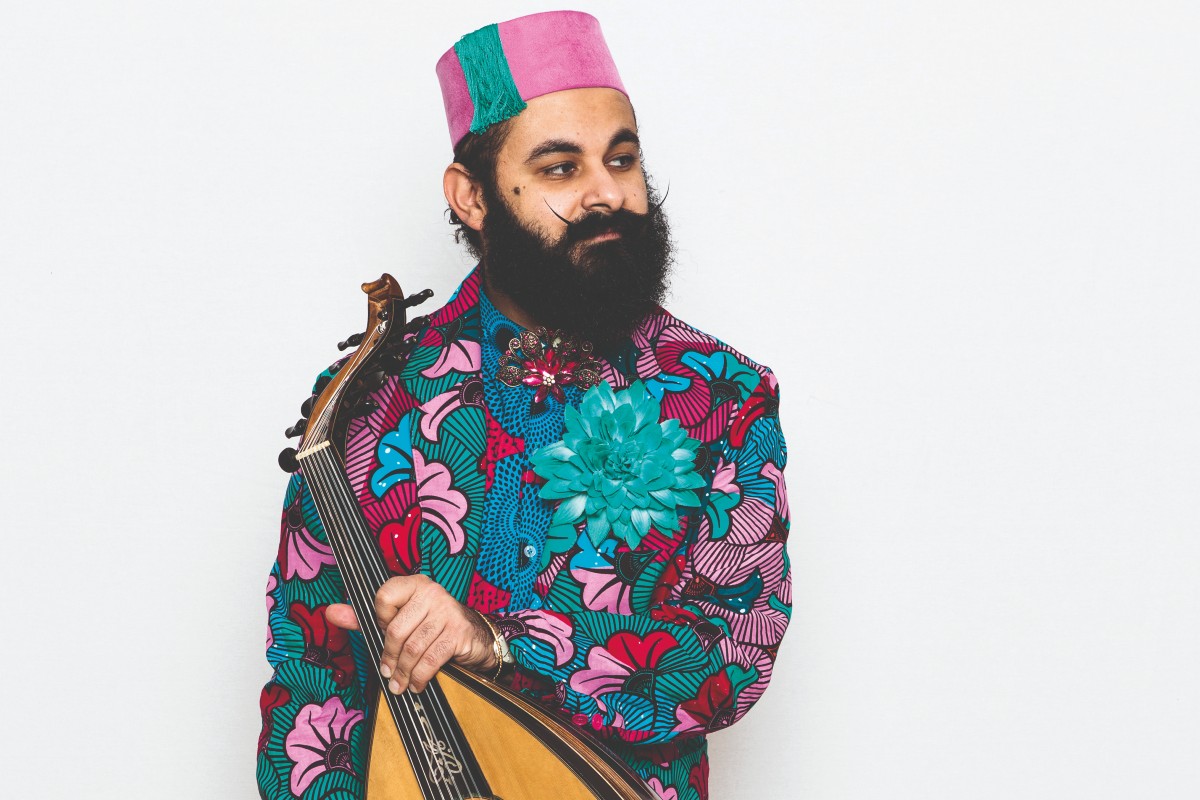 Derbyshire performed the theme for the 1963 original series of Doctor Who at the BBC radio workshop. It remains one of the most recognized examples of concrete music – a composition technique that involves the mechanical and electronic manipulation of recorded sound – and was originally composed by Brisbane-born composer Ron Grainer. Tognetti is particularly proud of this Australian connection.

While some of the music may not be standard fare for the ACO, Tognetti says he presents it without bias and with an emphasis on the instruments behind the parts, like the CS-80 electronic synthesizer.

“It’s one of the most important sounds of the 20th century. That’s why he’s there. And Vangelis died last year, so we’re going to celebrate his amazing life and the sounds he created with blade runner and chariots of fire. It’s going to be very experimental in the best way possible, and I just can’t wait to see what comes out of it. Much like bringing together Matt McMahon, Phil Slater and the ACO with the music of Gil Evans and Chick Corea, we don’t know what it’s really going to sound like.

Tognetti does not hide his enthusiasm at the idea of ​​collaborating with Gregory and his ensemble.

“That’s the generation I’m part of. We started with a strong separation between so-called classical music and pop music, but some practitioners were really rooted in both styles. We lived in parallel universes, and only now do we feel freed to publicly explore these genres of music and the common stage, so to speak.

“Will Gregory is really the number – the symbol of a new generation of people who have grown up with popular music, electro, contemporary popular music and contemporary classical music. There are people who still want this division. But that’s what I stand for, and it’s a really important project. 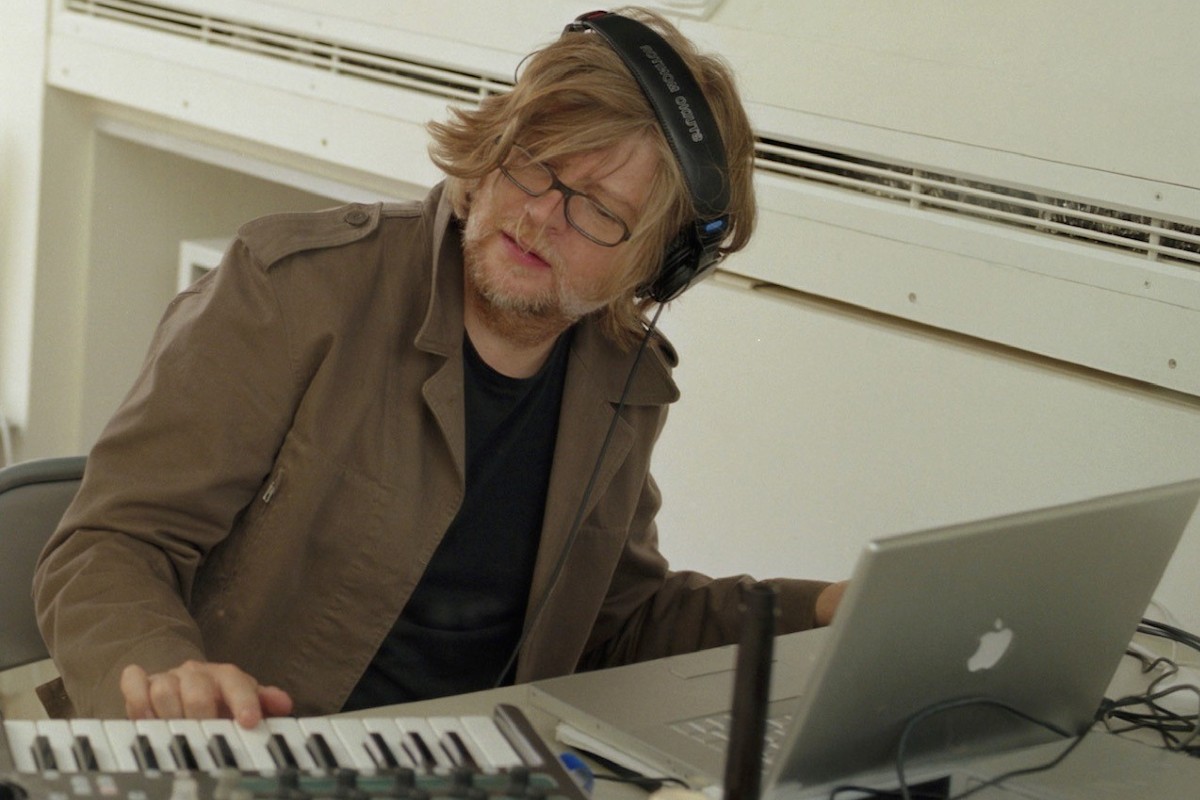 Another work that will be included in the program is John Williams’ score of the 1972 film Picturesthat Tognetti rediscovered during confinement.

“If I had to choose a director, I would choose Robert Altman,” he says. “It’s kind of psychological horror and I just couldn’t believe its use of music. It is John Williams who collaborates with the Japanese avant-garde percussionist Stomu Yamash’ta. His father was the director of the Kyoto Philharmonic Orchestra, and at just 13 he became a percussionist with the orchestra.

“You would never choose him for John Williams. It’s really cohesive sonically, that’s obviously where he put his genius to work. Whether or not you like his music is not really the point. It is the world of sound that it activates. It’s post-Vangelis.

The program also includes music by Solaris, which Tognetti says was one of his favorite movies as a kid. “My father loved weird and wonderful films, and he gave me a gift. The Bach/Artemyev of Solaris is one of the great moments of film music in the history of human endeavor.

The conversation turns to a certain Slavic flavor of the season, which is not just limited to folk-inspired bohemian serenades in August. The whole year is dotted with Chopin and Bacewicz from Poland, Czech composers Dvořák and Suk, Hungarian Bartók and Russian Romantic Tchaikovsky.

“I’m absorbed in their music and taken somewhere, where I can imagine pastures quite different from my own upbringing here in Australia,” says Tognetti. “I don’t want to use the cliché that it’s geographical, but there’s definitely something about a different kind of landscape that absorbs me and inspires me, and I think a lot of people feel that.”

“I remember telling Peter Weir many years ago that my heart belongs to this part of the world. I spent a lot of time running the Maribor Festival and just loved it. As soon as we crossed Slovenia from beautiful Italy, it was another world – the music, the people, the passion and the depth of feelings. 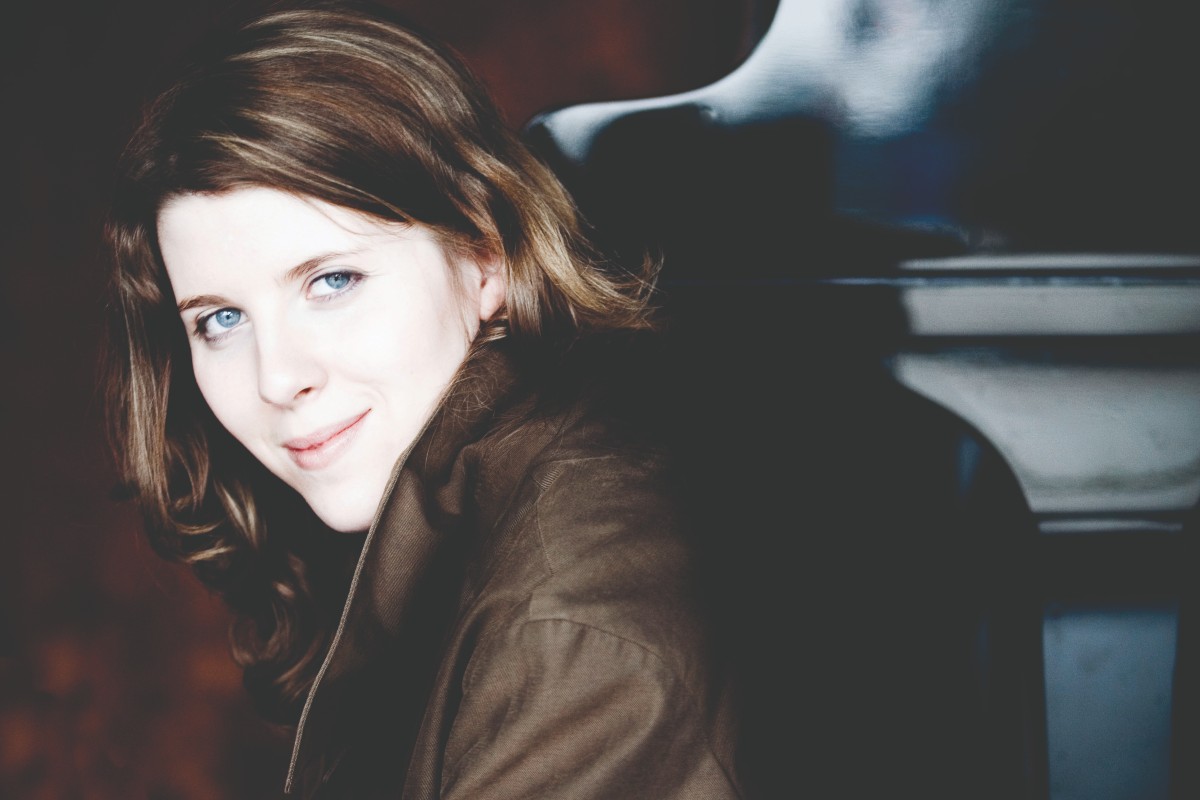 Speaking of Italy, the ACO will also take the audience on a musical journey inspired by the Mediterranean peninsula. Building on Tchaikovsky Souvenir from Florencethe program called Postcards from Italy includes homages by Bach and Boccherini, plus selections from the chamber work of Giovanni Sollima in 2000 Viaggio in Italycapturing the spirit of Italian icons like Giotto, Borromini and Casanova.

In September, British violinist Matthew Truscott leads the ACO collective on a regional tour of Queensland and New South Wales with a program of dances for all ages. Alongside Stravinsky and Bartók, the public will have the opportunity to hear the work of Australian composers, including that of Ross Edwards Chorale and ecstatic dance and Holly Harrison black iceanother ACO commission.

Finally, in November, the music of Mendelssohn, his sister Fanny and Chopin will close the season in a concert featuring Martha Argerich’s protege Polina Leschenko on piano.

The ambitious nature of next year’s program is matched only by its grueling itinerary. In 2023, the ACO undertakes seven national tours, as well as concerts at UKARIA in Adelaide, the TarraWarra Festival in the Yarra Valley and the Vasse Felix Festival in Margaret River. In addition, the ACO will make two international tours in North America, Canada, Japan, the United Kingdom and Europe, which will make it the most traveled orchestra in the country.