The Australian Romantic & Classical Orchestra has announced its 2022 season, which sees the HIP ensemble expanding its geographic footprint, with stage performances in Brisbane and South Australia planned in addition to concerts in Sydney, Melbourne, Canberra and the areas of NSW, Victoria and Queensland.

The orchestra specializes in historically informed interpretation, devoted to researching and recreating the aesthetics of the period in which music was conceived and performed. Led by Artistic Co-Directors Rachael Beesley and Nicole van Bruggen, as well as Artistic Advisor Neal Peres Da Costa, and a roster of specialist HIP performers to call upon, ARCO has built a solid reputation for reviving the practice of the performance of past centuries and make a strong argument in favor of a deeper understanding of these techniques to better understand music. 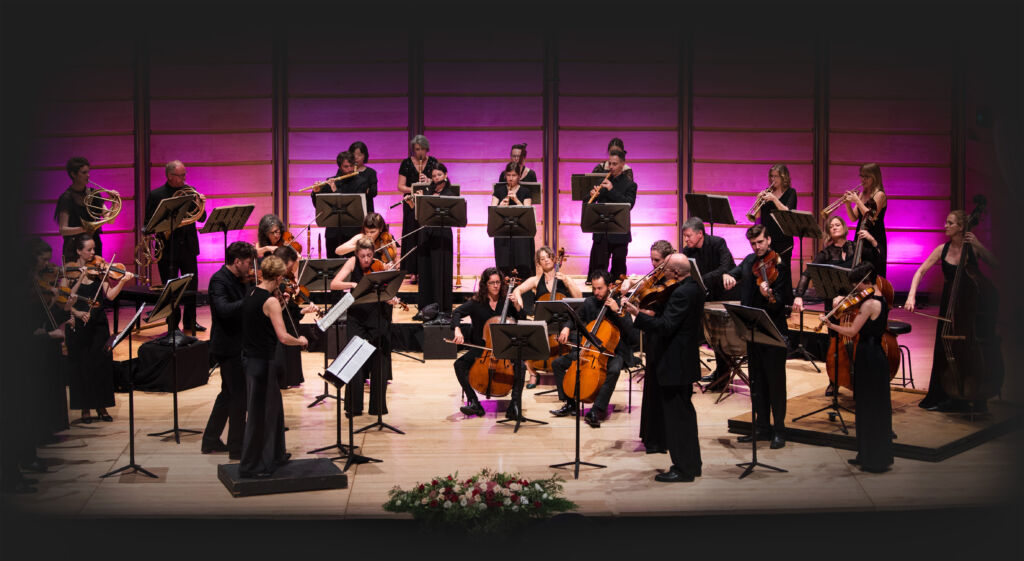 Their season starts in March with Northern Serenades, with a number of works that fall somewhere between a suite and a symphony. The serenade is an often overlooked genre, but it has been the source of exquisite music over the years – just watch Mozart and his “Haffner” serenade, or Eine Kleine Nachtmusik. This concert focuses on the late 19th century and the beloved works of Elgar, Holst, Wolf and the American Victor Herbert. This concert will also feature Robert Schumann Fantasiestücke, Op. 73, in a world premiere arrangement for clarinet and strings by Australian composer Shauna Beesley.

In May, Austrian Dating sees ARCO partner with the Australian Boys Choir and the Vocal Consort to present the 18th century choral repertoire of Mozart and the Haydns, Joseph and his younger brother Michael. The concert features Mozart Litaniae Lauretanae, K109, written when Wolfgang was still a teenager, and his more mature Missa Brevis, K220 (known as ‘Spatzen-messe’ or ‘Sparrow Mass’, for violins chirping in the Osanna). These are coupled with Joseph Haydn’s ‘Little Organ Mass’, Missa Brevis Sancti Joannis from Deo, and the Litaniae Lauretanae, MH71 by Joseph’s younger brother, Michael Haydn, in what could be the work’s Australian premiere, barely 215 years after his death!

In June, Vienna sounds offers an intimate chamber music program, featuring the main musicians of the orchestra in a more intimate setting. Schubert’s beloved Octet is the centerpiece of the program, complemented by the first movement of Joseph Leopold Eybler’s String Quintet in D major. Eybler was a distant friend and cousin of Haydn, who in his youth had been hailed as Vienna’s greatest musical genius outside of Mozart. He also became a close friend of Wolfgang and, indeed, upon Mozart’s death, Constanze Mozart asked Eybler to complete her husband’s Requiem. In the end, he couldn’t do it, possibly because of his great respect for his friend’s music, and Franz Xaver Süßmayr took over. This program represents the wealth of musical creation happening in Vienna around 1800, and how much talent and invention was present in the city at that time.

Finally, in August, the orchestra will be joined by Peres Da Costa as pianoforte soloist for Stormy skies, a program entirely Mozart presenting some of his most famous works. Opening with the opening of Don Giovanni, Peres Da Costa will then perform Piano Concerto No. 23, KV488, followed by Mozart’s epic “Jupiter” symphony, his 41st and last symphony. This program will also feature a number of emerging young performers from the orchestra’s Young Mannheim Symphonists youth orchestra program.

In parallel with their flagship season, ARCO will present three programs in its Voyage of Musical Discovery series. Conceived by the orchestra’s founding artistic director, Richard Gill, Voyage’s performances are part a concert, part a discussion, with Beesley and Van Bruggen leading the audience through a piece of music, and the musicians of the orchestra on site to demonstrate. Then, in the second half, a contemporary artist takes the reins and illustrates similar themes and concepts through his own music. Long held at the City Recital Hall in Sydney, in 2022, the Voyage will sail to Queensland and St Peters Lutheran College in Brisbane, and will feature guest artists Elena Kats-Chernin, Tamara-Anna Cislowska, Nonsemble, William Barton, Véronique Serret, Taikoz and topology.

Check out the full details of the 2022 Australian Romantic & Classical Orchestra season on their website.