The Melbourne Symphony Orchestra has announced its 2023 season, its second under Spanish-born conductor Jaime Martín. Highlights include Britten requiem of war and Mahler’s Symphony No. 5 with Martín on the podium, the Australian premiere by Sir James MacMillan Christmas oratoriodirected by the composer, and the world premiere of Katy Abbott concerto for peace.

The season features 17 new works, including three commissions from MSO 2023 Composer-in-Residence Mary Finsterer, as well as new works by Paul Grabowsky, Elena Kats-Chernin, Melissa Douglas and Alex Turley, among others. 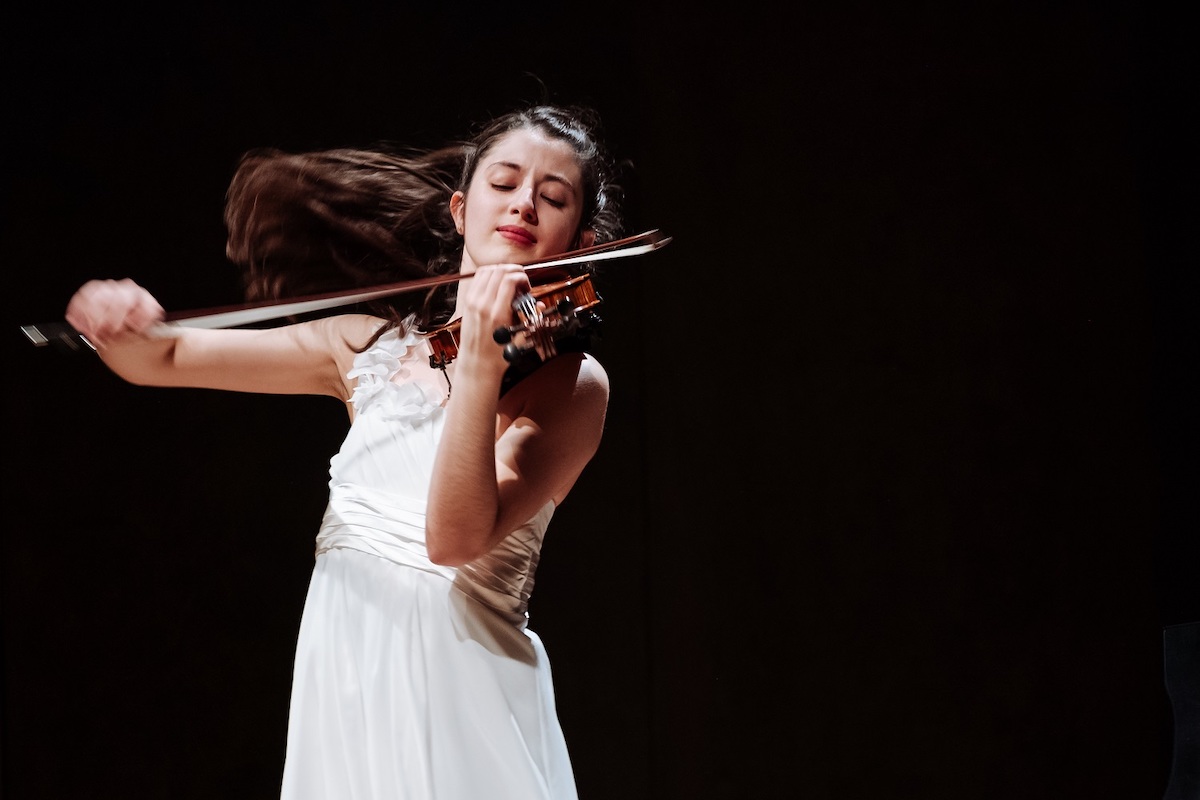 “I can’t tell you how much I like getting to know the orchestra better”, says Martín limelight. “I think this year [2022] for me, it’s like a year of exploration, to do as much repertoire as possible with the orchestra. I started in February and when I think of the breadth of repertoire we’ve done together, it’s amazing,” he says.

“When I was here in February, I did two concerts [featuring] Haydn, Deborah Cheetham and Mahler, then in March, Maria Grenfell, Bartók and Beethoven.

“It’s also very important for me to know the Australian scene and I’m really happy to meet Australian composers, but above all I want to explore and show the richness of Australian female composers”, adds Martín. 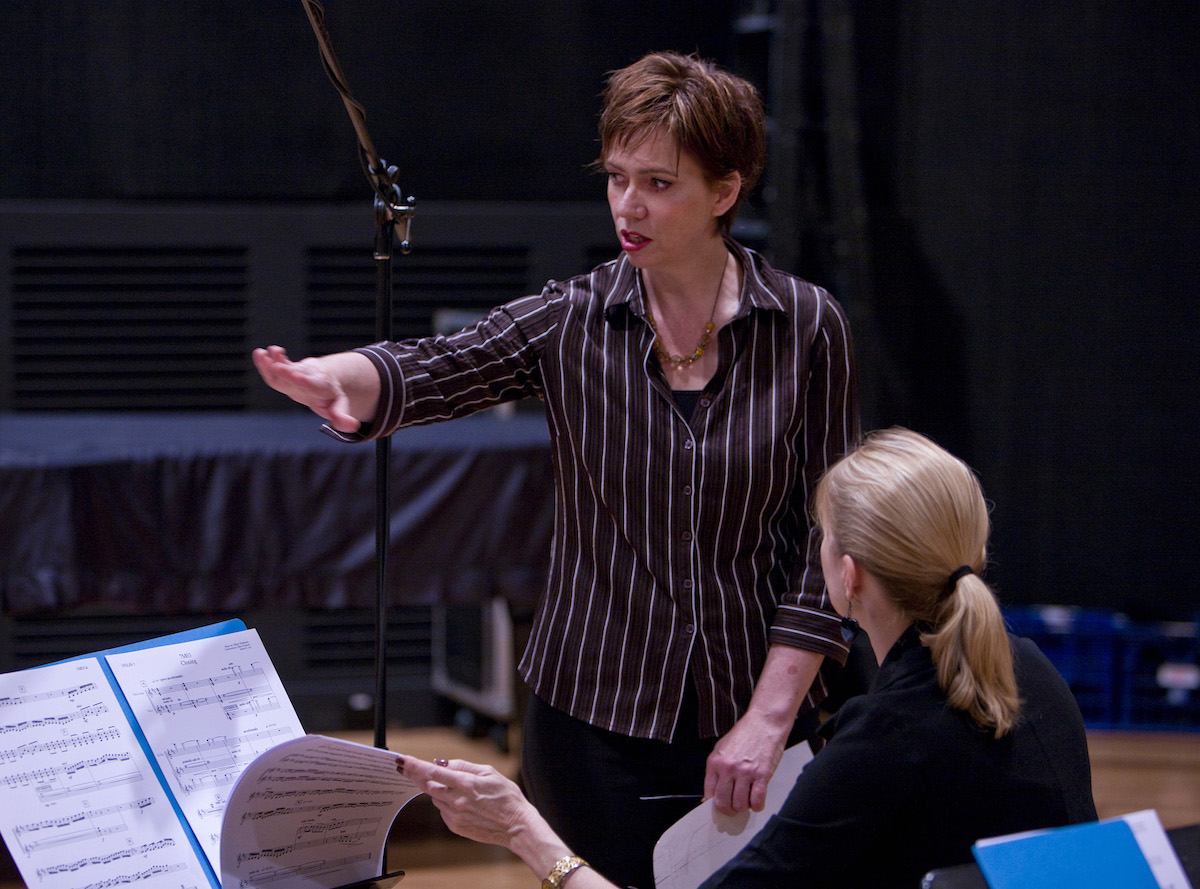 “Most of my programs so far have included a woman in the program, and I’m very happy to have Mary Finsterer as our composer-in-residence. In addition to discovering new music, I think it’s very important to show women who made music years ago. That’s why next season I’m going to do music by Margaret Sutherland – a piece called haunted hills. I find the story very revealing of the difficulty, for a long time, for the women of [work as a composer], and for this reason in my concerts next year there will be music by Lili Boulanger. I love her music and she was a great champion of composers in France. And I also like the Polish composer Grażyna Bacewicz – I’m sure [the reason] she didn’t become more famous because she was a woman – so I try to find a good balance between the new female composers we have now and those who have paved the way.

The 2023 program includes 17 world premieres, commissioned by MSO. “I did the count and 60% of the pieces we ordered are made by women,” says Martín. “Of the 17 new pieces, 16 are by Australian composers; the only exception is the Christmas oratorio by James Macmillan. It’s a co-commission with the Concertgebouw Orchestra and the London Philhamonic, so I think we’re in good company,” he adds with a laugh.

The Season Opening Gala: Zenith of Life on February 25 and 25, presents the world premiere of Finsterer’s MYSTERY Iinspired by the Renaissance-style motet, Strauss Last four songs and Mahler 5. Martín conducts, with Stagg as soloist.

“Siobhan Stagg is fantastic,” says Martín. “She contacted me a year and a half ago after seeing me conduct an online gig and we’ve been in touch ever since. She’s all over the place right now, so I think that’s the good thing of the to have as an artist in residence and show her! She’s a wonderful singer and a wonderful person, so that’s perfect.

In 2022 Martín conducted Mahler’s First Symphony. “I would like to do [a Mahler symphony] every year,” he explains. “I love them and it’s very good for the orchestra.

Martín will lead Sutherland’s haunted hills in March in a program also featuring Debussy Ariettes forgotten and Strauss An Alpine Symphony. haunted hills is a powerful work. It is both a lush image of the Dandenong Mountains and a reflection on the horrific mistreatment of the area’s traditional owners – the Bunurong and Woiworrung people of the Kulin Nation – during colonization.

Martín will lead Britten requiem of war in April, with soprano Samantha Clarke, tenor Toby Spence and baritone David Greco as soloists, as well as Gondwana Voices and the MSO Chorus. 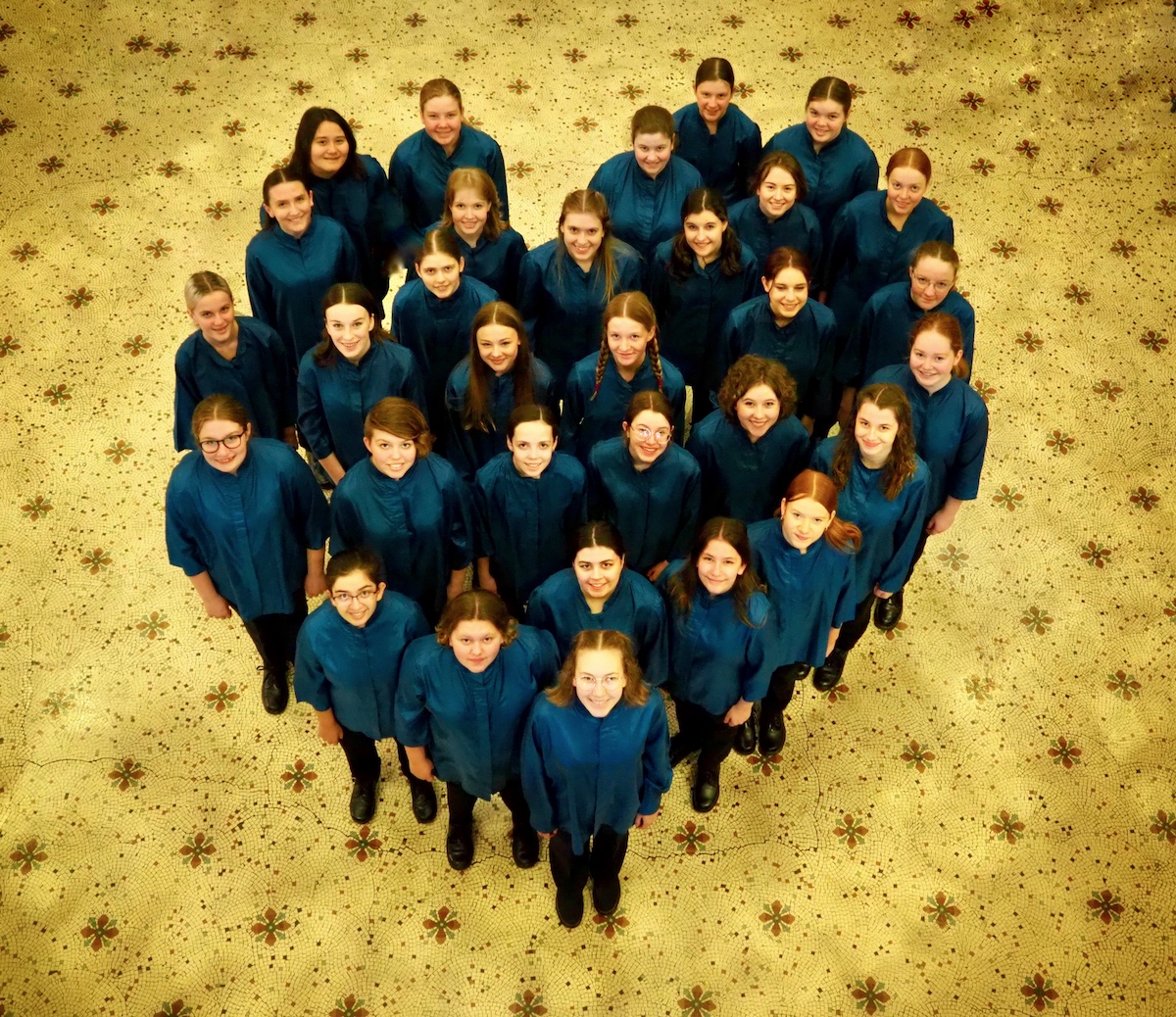 Martín is excited about the involvement of Gondwana Voices, the youth choir founded by Lyn Williams as part of Gondwana Choirs. “They weren’t introduced to me by MSO,” he says. “Someone in Spain said to me: ‘If you go to Australia, you have to hear this choir’, so I listened to them and from that moment I said: ‘You have to do something with them ‘. So we’re using them in two different performances. They’ll sing in the Britten’s Children’s Choir. requiem of warand they will perform a magnificent piece by Brett Dean, written for them, entitled Vexations and devotions.”

The latter will be the subject of a concert conducted by Martín in July, also with music by Berlioz Fantastic Symphony and that of Lili Boulanger Psalm 129.

In July, Spanish pianist Javier Perianes will perform Brahms’ Piano Concerto No. 1, conducted by Martín. The concert will also include a world premiere by Paul Grabowsky and Dvořák’s Symphony No. 6.

“I worked a lot with Javier Perianes, but I never worked with him in Spain,” says Martín. “He’s not new to Australia – he’s played with Simone Young and the Sydney Symphony – but he’s new to the MSO, and he’s a really good friend and a fantastic pianist.” 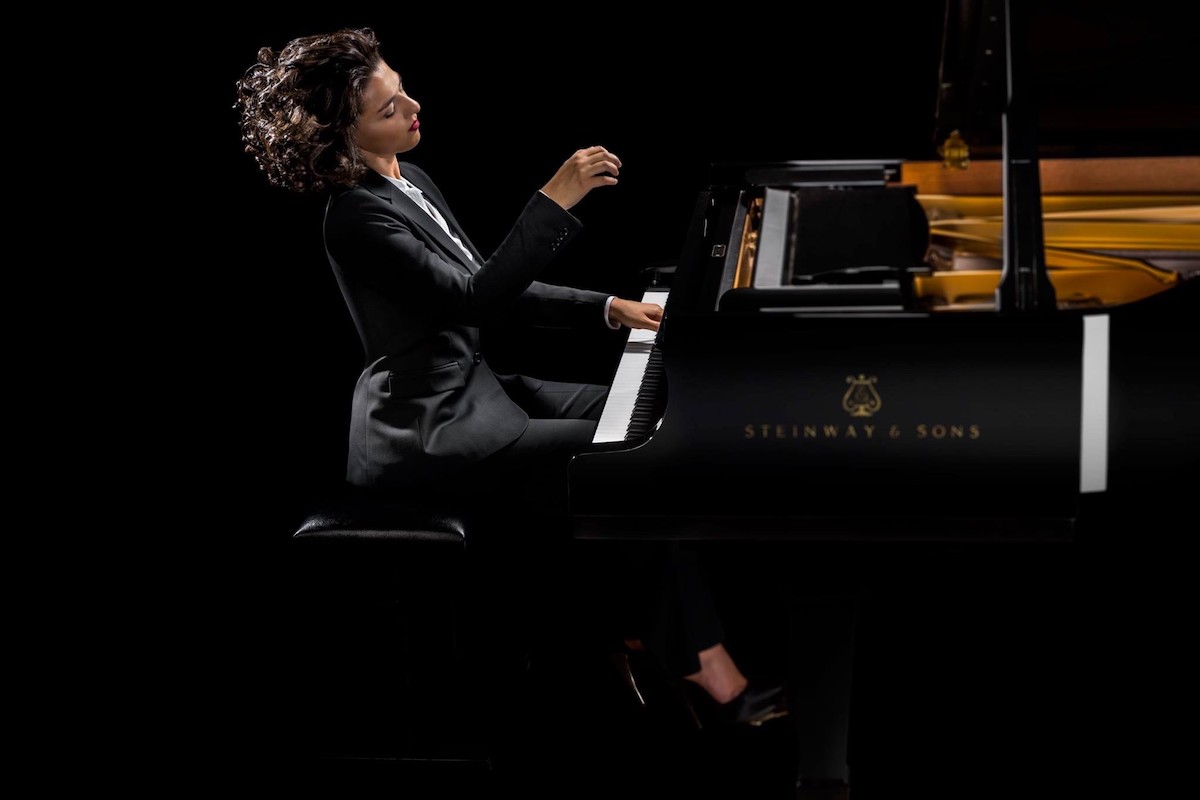 In September, MSO will present the world premiere of Katy Abbott concerto for peace, led by Cybec Deputy Chief Carlo Antonioli. The immersive musical experience for orchestra, drums, singing bowls and vocals, which will take place at Melbourne City Hall, will feature a range of multidisciplinary Australian artists, including drummer David Jones, Carmen Warrington, who narrates and plays singing bowls, and a quartet of singers.

The return of the highly acclaimed Deborah Cheetham will follow in October. Eumeralla, a requiem of war for peacedirected by Benjamin Northey, which received a five-star review from limelight when MSO ran it in 2019.

The Spring Gala: Symphonic Tales in November, Khatia Buniatishvili plays Tchaikovsky’s Piano Concerto No. 1 alongside Dukas The Sorcerer’s Apprentice and Rimsky-Korsakov Scheherazade, with musicians from the Australian National Academy of Music (ANAM) joining the orchestra. “Khatia Buniatishvili is a fantastic pianist, a force of nature. I played with her in Bremen and we will always remember that performance,” says Martín.

In November, Spanish violinist María Dueñas will perform Beethoven’s Violin Concerto, conducted by Martín. “She is very young, only 18 years old. She won the Menuhin Competition in 2021 and I had the opportunity to work with her a year and a half ago with the National Orchestra of Spain in Madrid. Nicola Benedetti was supposed to but she couldn’t get a visa in time because of Brexit so María Dueñas came to play and for me it was absolute joy and an eye opener as she is so young but truly a star , which is why I chose her to make her MSO debut. We have chosen to present it to the Melbourne public with Beethoven’s Violin Concerto [laughs] which I think will make for a very exciting evening for everyone. Beethoven seems like an odd choice for someone so young, but when you hear him play you’ll understand why,” says Martín.

Martín will conduct Mozart’s final “Jupiter” symphonies 39, 40 and 41 in November, as well as Bacewicz’s Orchestral Overture, Shostakovich’s Symphony No. 10 and Rachmaninoff’s Symphony Rhapsody on a theme by Paganini with pianist Andrea Lam. 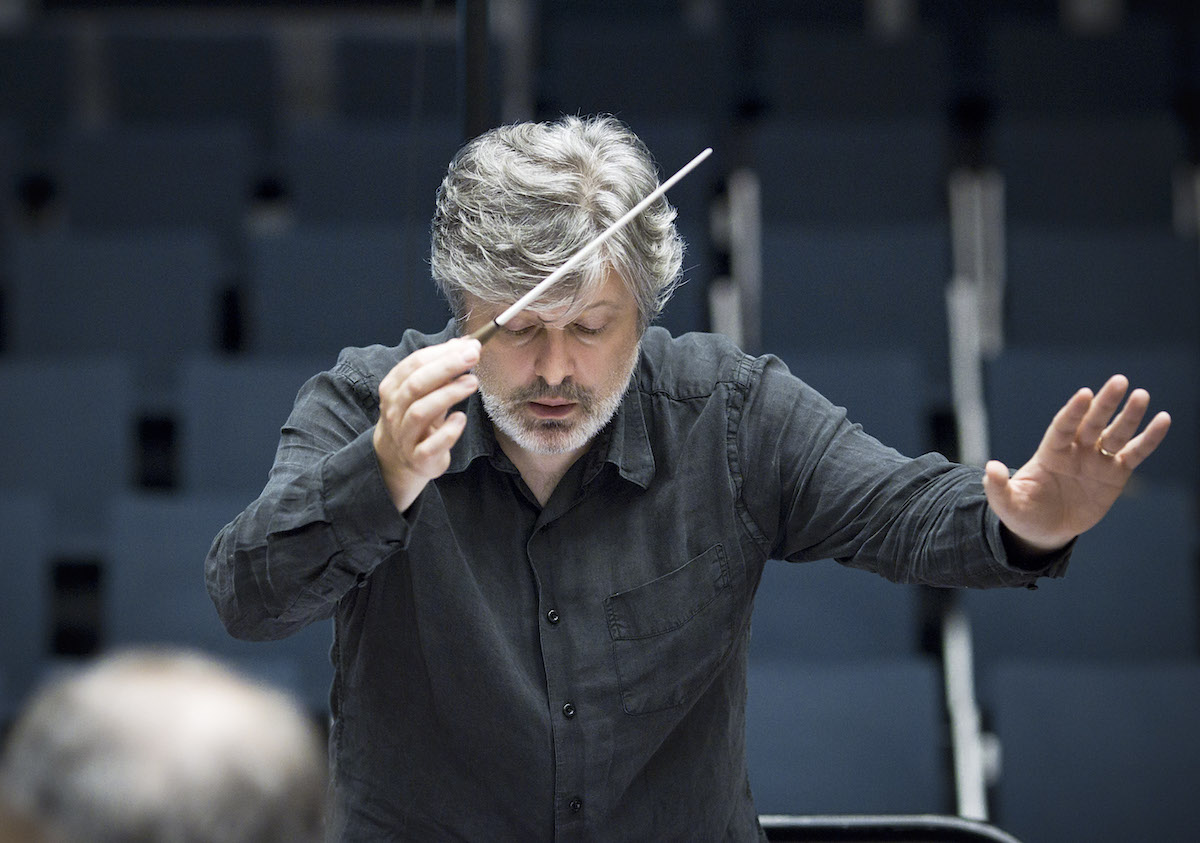 The year ends with Handel Messiahdirected by Sir James MacMillan, and the Australian premiere of MacMillan’s Christmas oratoriowhich he also directs.

In August, Jazz at Lincoln Center Orchestra with Wynton Marsalis will present two different programs, while the London Symphony Orchestra will also perform as part of the MSO season. Popular MSO programs including a Chinese New Year concert, free concerts at the Sidney Myer Music Bowl, Quick Fix at Half Past Six performances, MSO Mornings, Ears Wide Open and Classic Kids will all continue into 2023.

Find more information about the 2023 season of the Melbourne Symphony Orchestra here.