On February 11, on the stage of the National Academic Theater of Opera and Ballet in Kharkiv named after MV Lysenko / SKHID OPERA, for the first time in Ukraine, the premiere of the opera “Cinderella” (“Cinderella”) by French composer Jules Emile Frédéric Massenet will be held in a new format of modern theatrical technologies.

The uniqueness of the production is due to a number of innovations and experiments that the theater has been working on in recent years, and first of all – due to the complexity of the requirements for the staging and the vocals, set by composer Jules Massenet and librettist Henri Cain, following the update of Charles Perrault’s world-famous fairy tale. 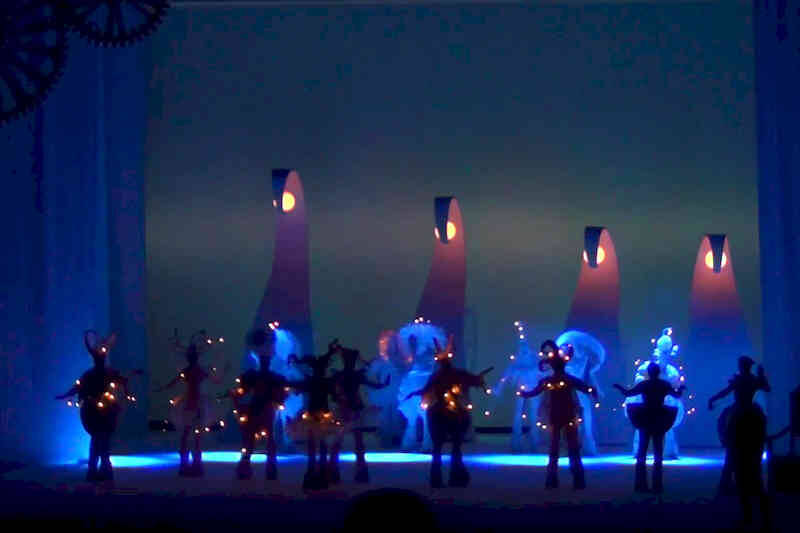 Despite the fact that the opera itself was premiered in 1895, its staging is still considered a rare event for the theatrical world.

Thanks to the cooperation of the Opera Theater in Kharkiv with French colleagues, as well as with the support of the Alliance Française of Kharkiv, for the first time in Ukraine, it became possible to obtain copies of the handwritten scores by the great composer, dated 1896, signed by Jules Massenet himself. “It is a great honor for our orchestra to read the scores of Massenet himself, filling them with the energy of modernity and the virtuoso technique of our musicians.“, – noted the conductor of the theater, Honored Worker of Arts of Ukraine Dmytro Morozov. 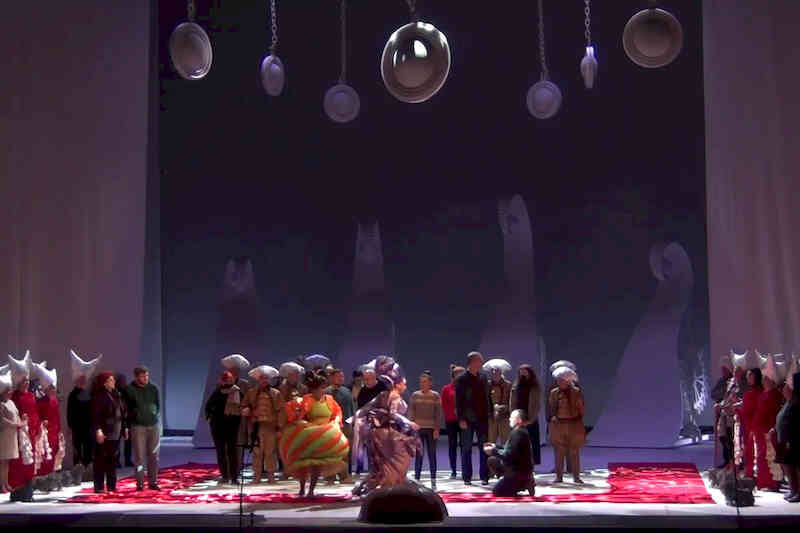 “It seemed to us that after the incredible success of the ballet “Spartacus” directed by Georgy Kovtun, it would be difficult for the theater to surprise our demanding and sophisticated audience. But the emphasis on the integration of multimedia technologies, the arsenal of creative specialists and soloists that the theater has today, have convinced us otherwise. The synergy of European music, the multi-layered control of the theatrical space and the overcoming of physical reality make it possible to create a new aesthetic that shapes the image of the theater of the future. We see great prospects for the freedom to realize new staging ideas, and hope that audiences will be impressed and appreciate the breadth of our work.“, – noted the head of the project, the first Deputy General Director of the Theater, Honored Worker of Arts of Ukraine Igor Tuluzov.

For the opera “Cinderella”, unique dynamic stage decorations and more than 200 designer costumes were created, equipped with special technological accessories capable of simultaneously “playing” with color and light in unison with the music . This idea of ​​the scenographer, honored artist of Ukraine Oleksandr Lapin and the lighting designer Svitlana Zmieieva (Kiev) became possible thanks to the sponsors of the theater: Bank Vostok, Denys Paramonov Charitable Foundation, the companies SUNOIL and Ananta Medicare (Great Britain).

The partnership between the state and private companies on a continuous basis allows the Kharkiv Opera Theater to implement the most challenging ideas and ensures stable and successful development. “We are proud of the long-term and successful cooperation between Bank Vostok and SKHID OPERA. It is first and foremost an opportunity for us to participate in the creation of emblematic national premieres. I believe that a business should not only make money, but also be socially responsible. Supporting the arts is one of Bank Vostok’s strategic objectives. I’m sure the opera will help the audience realize that even in everyday life and everyday worries there is always a place for positive emotions.“, – noted Vadym Morokhovskyi, Chairman of the Board of Directors of Bank Vostok.

“NOTThe new reality is not a fairy tale. But it is our duty as a national theater to use all our resources now, so that the new technical abilities and preserved traditions of classical music harmoniously complement each other and form an image of modern European cultural Ukraine.“, – underlined the General Director and Artistic Director of the Theater, Honored Worker of Arts of Ukraine Oleg Orishchenko.