The West Australian Symphony Orchestra has announced its 2023 programme, a finely curated mix of popular masterpieces and new music with plenty of light and shadow in the mix. Bringing it all together is a group of guest conductors and a lineup of soloists that sees international powerhouses rub shoulders with musicians from the orchestra’s own ranks.

Principal Chef and Artistic Advisor Asher Fisch has many reasons to be happy. Not only has he been the only international artist to fully perform during the global pandemic – a feat which has seen him endure around half a dozen grueling periods of Australian quarantine – but this is also his tenth season in charge. of an orchestra whose sound he has. helped shape for a decade. 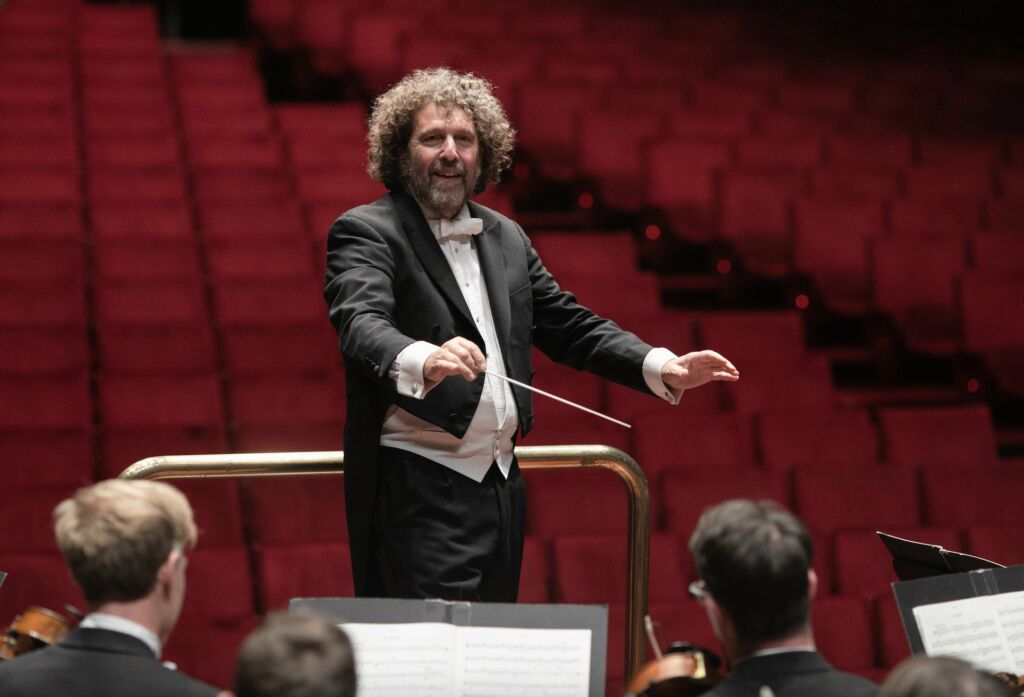 “Everything I say might sound like I’m taking credit for it, which I’m not, but it’s a really, really good orchestra now,” Fisch said. limelight on a Zoom call that includes his encyclopedic programming guru, Executive Director, Art Planning Evan Kennea. “I think the focused work, and the fact that I set a goal and had a plan that worked, means that this year and next I started doing things that I wasn’t doing. not religiously for the first eight years.”

“Finding the center of our sound was based on a very specific repertoire, which I did until I felt sick as I left all the Shostakovich and Stravinsky and Prokofiev to the guest conductors,” he explains. “Now I do Saint-Saëns and Elgar because I feel like I got my point across. Great musicians also joined us. The fact that Laurence Jackson became our concertmaster was a huge boost. He is not only the pope of the first violins, but he has also become the father figure of all the strings of the orchestra.

Fisch’s own programs for 2023 include a handful of his acclaimed Austro-German specialities, including Mahler’s First Symphony and Bruckner’s Fourth (the so-called ‘Romantic’), but the top billing is a performance of Wagner’s Act I. Die Walküre, a dramatic 90-minute scene that has served as a concert fixture over the years. “And it’s not that expensive, with only three soloists and no choir,” Fisch laughs. “Of course it’s a compromise, but you want your orchestra to do anything Ring because it looks like nothing else. We have phenomenal horns at WASO, and I have to give them the opportunity.

The first half of the concert is entirely dedicated to Verdi, another composer dear to Fisch. “I’m fascinated by the Verdi-Wagner connection these days – obsessed,” he admits. “They are my two big heroes. We are always trying to find an extracurricular activity where I speak to the public, and this year we are going all out with a conference evening dedicated to Die Walküre with excerpts and demonstrations and talking about the leitmotifs.

Discover Wagner is one half of WASO’s new Discover series which also includes Discover Bruckner. Anyone who’s been captivated by Fisch’s previous talks on things like Brahms’ music won’t need to be persuaded to join us. 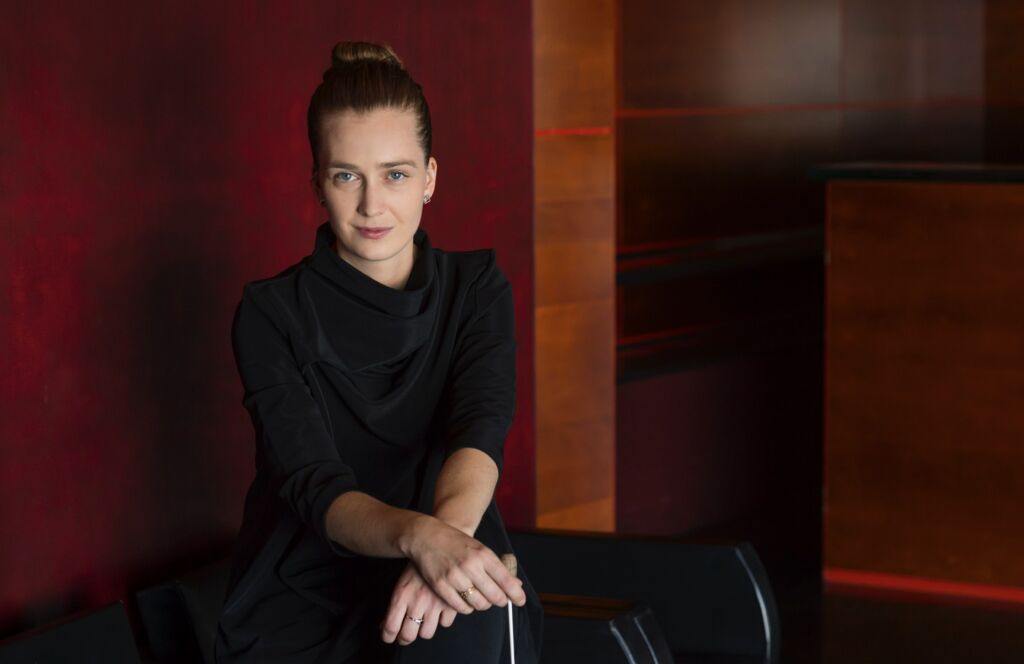 Bruckner’s Fourth Symphony is probably the Austrian composer’s most popular work, although its enduring appeal beyond other symphonies remains a mystery to Fisch who will conduct it in August 2023. “I can’t tell you why it is more popular than Third or Fifth or Seventh,” he admits. “When you do Bruckner outside of Austria and Germany, you must ask yourself why is this music so hated by so many audiences? Well, I intend to find out on my second Discover concert – “Who’s afraid of Anton Bruckner?”.

As for Mahler’s First – which Fisch will direct in June 2023 – audiences can expect something epic yet lyrical. “The big challenge is that, in a way, it’s not really a symphony,” says Fisch. “It’s a huge song, and as Mahler was introduced to me as a songwriter – while I was playing his songs as an accompanist – to me, that’s a no-brainer. I see him as a vocal composer developing a song into a huge symphony.

In addition, Perth will be able to hear Fisch conducting the orchestra in a wide range of works, including Dvořák’s Symphony No. 7, Wagner’s Prelude to Act I Lohengrinby Rachmaninoff Symphonic dancesby Prokofiev Romeo and JulietSchumann’s Symphony No. 1, Tchaikovsky’s Violin Concerto with exciting young violinist Benjamin Beilman (an artist whose 2021 Perth debut fell under the pandemic), Beethoven’s Violin Concerto with Clara- Jumi Kang and Brahms’ First Piano Concerto with Simon Trpčeski.

There will also be chances to hear him lead a lush romantic rarity – Franck’s The cursed hunter – and to surprise him with Czech virtuoso Lukáš Vondráček, who returns to Perth after seven years to play Tchaikovsky’s Piano Concerto No. 1 (having recently heard him play a Liszt concerto in London, Australians West will enjoy themselves).

The season opens March 10 and 11 with Fisch leading Weber, Strauss’s Up to Eulenspiegelby Scriabin ecstasy poem and Brahms’ Double Concerto with Laurence Jackson and cellist Rod McGrath. “Here we show our talent in the basic repertoire,” he explains. “But the second half is all about virtuosity in the orchestra – we open the year saying, ‘Look what we can do’.” 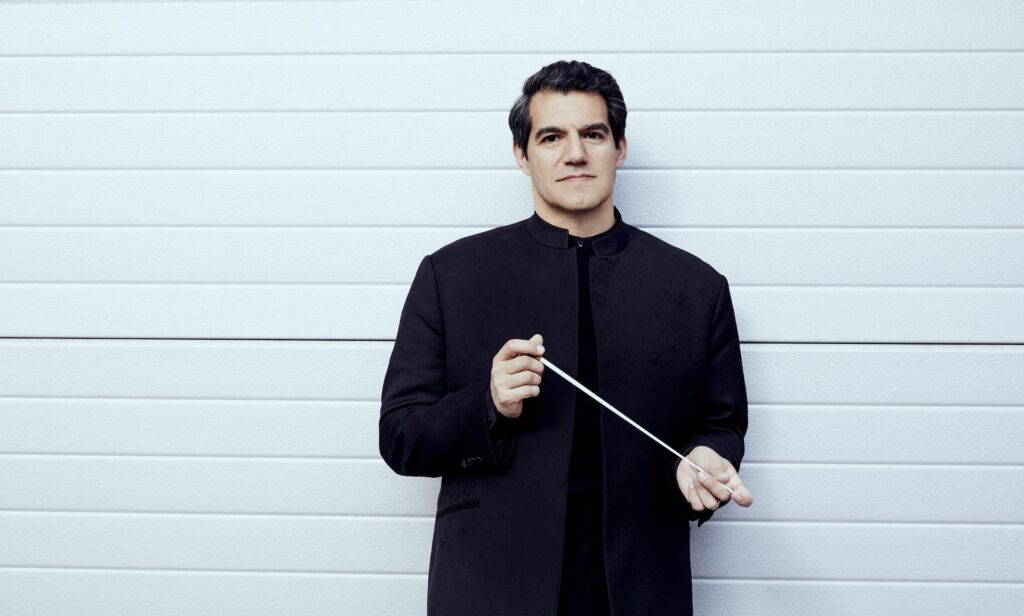 But there is also a clear signal sent with several WASO musicians taking the lead in major works, old and new. “We wanted to make sure that the 2021 season wouldn’t be the only time we featured soloists from the orchestra, because we couldn’t bring in anyone from outside,” says Fisch. “It would be really silly to say you’re not good enough to play solos now.”

Guest conductors for 2023 include the return of French conductor Fabien Gabel with a mix of Saint-Saëns, Roussel and Ravel, Otto Tausk who conducts Sibelius and John Adams, former WASO assistant conductor Elena Schwartz who conducts Stravinsky and Shostakovich, Umberto Clerici for Beethoven, Mozart and Schubert, and Benjamin Northey who conducts Fauré – including his sublime Requiem – and Ravel.

Eduardo Strausser – who impressed after the pandemic when he replaced Jessica Cottis to conduct a complex work by Elliott Gyger – is another returning conductor. Its program includes Tchaikovsky’s Fifth Symphony as well as a world premiere by composer WA Lachlan Skipworth. The tides of desire, with a libretto adapted by Jay Emmanuel from his play children of the seatells the story of a young refugee’s journey while reflecting on his original memories. 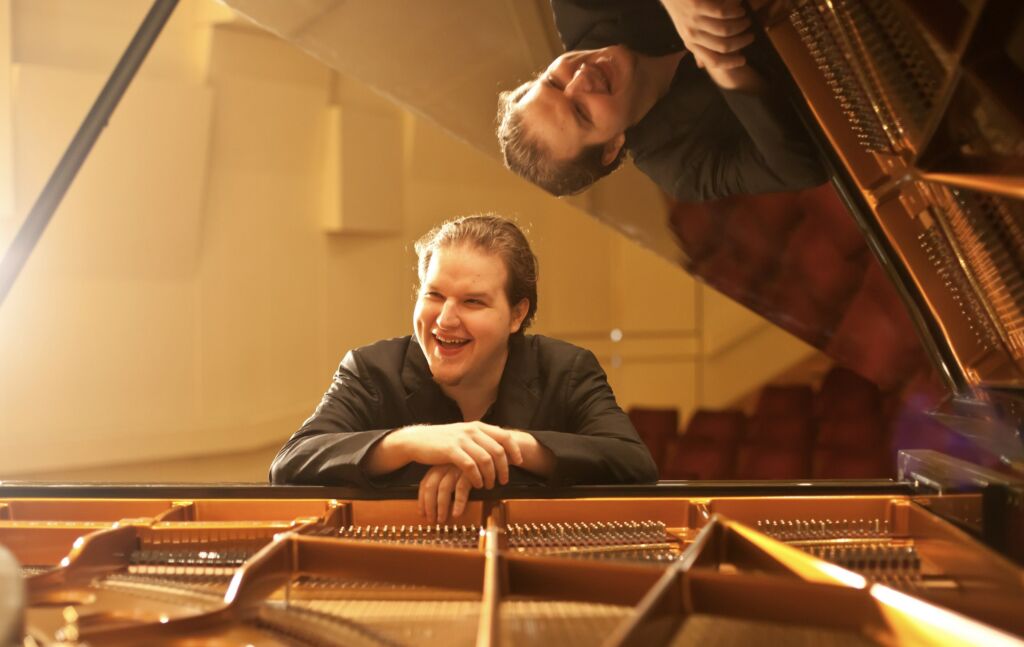 Indeed, new music is present in many concerts, including that of the Canadian composer Samy Moussa in 2014 Nightthe efficient orchestra of British composer Anna Clyne This midnight hourthe high-octane music of Australian composer Holly Harrison High visibility and an as yet untitled world premiere of WASO Composer in Residence Olivia Davies. “I did a commissioned work with her two years ago and really enjoyed it,” enthused Fisch, “so I said if we did Olivia Davies, I’d like to direct it.”

A concert that stands out for its inspired programming is an offbeat 20th-century-centric affair inspired by the popular impact of American jazz. Fish conducts, with Osborne playing Ravel’s blues-soaked Piano Concerto, and there are rare opportunities to hear Boris Blacher’s almost Weimar-esque concert musicDarius Milhaud’s swaying hips, led by bass and sax The Creation of the World and wickedly neglected Bernstein Orchestral Entertainment with its eccentric waltz, its sensual samba and its turkey trot full of deliciously unpredictable hesitations.

“I know Le Blacher well – I’ve done it many, many times as part of a ballet I did with Roland Petit in Berlin in the 1990s,” says Fisch. “My job was to find music that would work with the paintings of Otto Dix, so I researched German light music from the 1920s and 30s. The Blacher was my favorite because it ticked all the boxes: a composer German, influenced by jazz – and this is very delicate for the orchestra. Entertainment is pure Bernstein and is not known. Not only is it entertaining, but it’s very deep – an enigma.

There is also a series of special events, such as a ‘side by side’ concert where WASO is joined by the West Australian Youth Orchestra in works inspired by the visual arts (Mussorgsky’s Pictures at an exhibitionby Debussy The seainspired by a Japanese print, and the late Roger Smalley Diptych, a tribute to West Australian artist Brian Blanchflower). Then there’s Joseph Nolan conducting masses by Mozart and Haydn to celebrate Easter, a final night of balls, and a ‘serenity’ concert with the WASO Choir in St. Mary’s Cathedral with Bach, Lauridsen, Vasks and other short stories. music by Olivia Davies.