Women of the Pieta (Pinchgut Opera)

Pinchgut Opera’s Women of the Pieta celebrating the music of Antonio Vivaldi is a showcase of excellence in programming, instrumental and choral interpretation. However, this concert belongs to one person, soprano Miriam Allan, who holds the audience in the palm of her hand, mesmerizing with her consummate technique, exquisite timbre and radiant presence.

From the harpsichord, the artistic director of Pinchgut, Erin Helyard, conducts the 11 female voices of Cantillation and the Orchester des Antipodes, composed of 15 musicians, conducted by Karina Schmitz. Playing in baroque pitch, A=415, instruments range from period originals to modern replicas. The program is centered on works by Vivaldi written for the young boarders of the Ospedale della Pietà, in Venice, where in 1703 Vivaldi was appointed maestro di violon. The Pietà cared for homeless girls; those who promised received musical training. They must have been promising, even precocious, if they were trained in works of this caliber. The services of the Pietà, enriched with music, attracted a large and noble patronage. Teaching these musicians and providing them with new works to perform was a vital task. The Pinchgut program also includes a piece by Baldassare Galuppi whose life coincided with that of Vivaldi. Galuppi had the choir chops to be appointed maestro di coro of San Marco in 1762, as well as being elected later that year as maestro di coro to the Ospedale degli Incurabili, which, like the Pietà, looked after and educated orphan girls.

Lighting designer Trent Suidgeest’s array of electrified candles and colorful spotlights transport us to the dark chapels of 18th-century Venice, lit only by candles and rays of light streaming through the windows, its hues mediating the moods of the music. .

Vivaldi’s Diabolically Difficult Concerto for Two Horns in F Major (RV 539) with soloists Carla Blackwood and Dorée Dixon opens the program. Quite difficult to play on the modern horn, the three varied movements of this double concerto are even more difficult on the baroque equivalent. Their rendition is effortless with beautiful clarity of tone, phrasing and security of pitch in this effervescent concerto, which features some of the highest notes written for the instrument.

Miriam Allan’s two contrasting solo motets, In furore iustissimae irae (RV 626) and Laudate pueri Dominum (RV 601) demonstrates its nimble coloratura, wide range, and polished laser-like precision with a layer of crystal-clear tone. They also reveal the versatility of Vivaldi’s writing. Although written for a sacred setting, these plays are theatrical in creating a range of moods, through drama, penance, celebration and intimacy.

RV 626 is accompanied by a string ensemble, with Simon Martyn-Ellis playing baroque guitar and Continuo Fellow Andrei Hadap playing chamber organ. The opening allegro recalls a baroque air of ‘rage’, Allan depicting a wrathful God, with flamboyant scales and arpeggios colored with ornaments and superb dynamics. The second movement is melancholic and hovering. The jumps of the third movement Largo are gracefully phrased and the decorative fourth movement Alleluia is a little nicer, her rage tinged with benevolence. 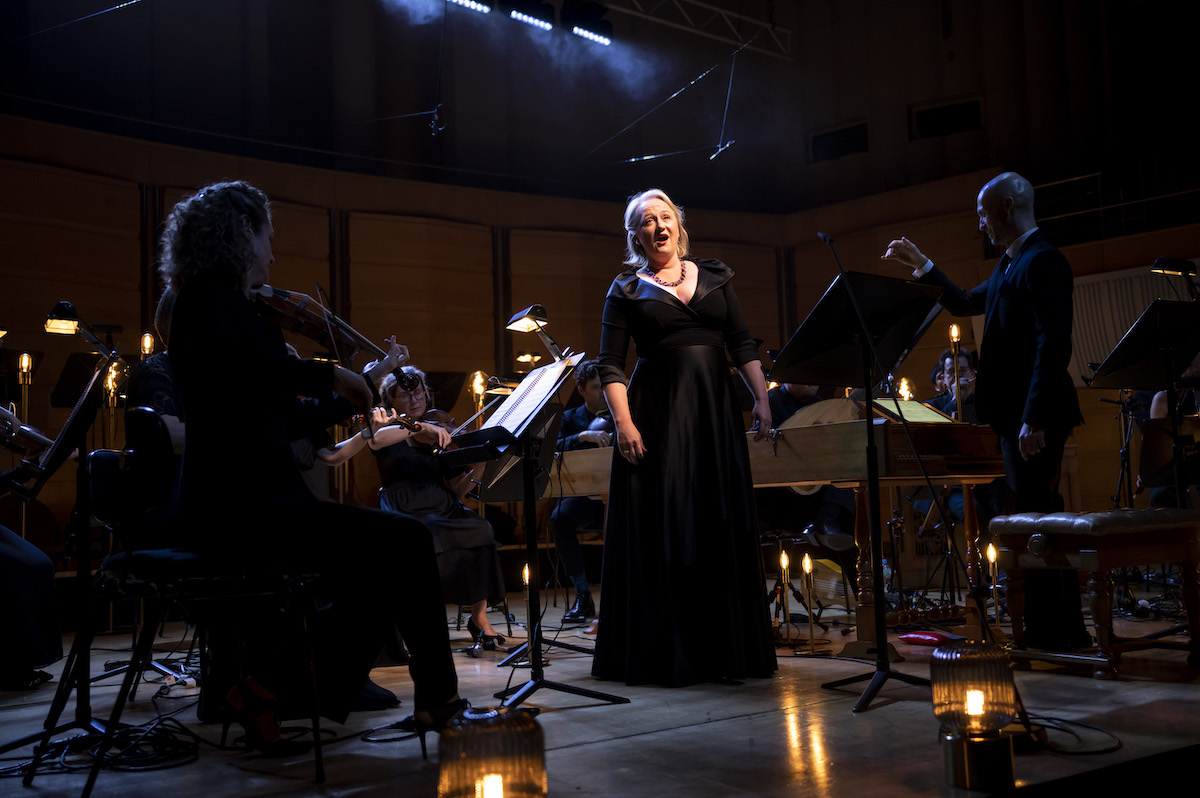 Allan responds to the requirements of the second solo motet, Laudate pueri Dominum (RV 601) with thrilling virtuosity. More jubilant and dramatic than RV 626, Allan exploits Vivaldi’s vivid word painting. The baroque guitar is swapped for the theorbo and, sometimes, the voice is accompanied only by refined concertante strings. There are many highlights in this motet, especially the slow, rising arpeggios of Allan A solis ortu and the Larghetto Gloria Patri, where Allan is joined by Mikaela Oberg on obbligato transverse flute in a serene and beautifully blended duet before Allan transitions into dazzling coloratura Amen.

Allan joins the set for Vivaldi Magnificat (RV 610) as written around 1715 for the musicians of the Pietà. This canticle of Mary, often voiced with humility, becomes a grand gesture of praise in Vivaldi’s hands, with its sweeping introductions and skillful musical artifices. The tied rhythms and jumping intervals of the string part in the And elated shifting the meter accompanying vocal lines largely in stages with solo moments from Allan and mezzo-soprano Hannah Fraser; the Potential custodians is a true test of intonation, requiring complete unanimity of pitch in its unison passages. Singing in imitative sequences and thirds, Allan and Chloe Lankshear, Pinchgut’s first Taryn Fiebig Scholar, deliver a polished version of the Esurientesgoing to tutti Gloria Patri as the stage lights rise to a burnished gold.

The horns join the ensemble for a festive explosion in Galuppi Says Dominus in a performance that contains many highlights including mezzo-soprano Keara Donohoe Tecum principium closed by a soft cadence and the darkness of the four parts Swore Dominus. Allan and Fraser reunite for the Dominus to dextris, carefully performing the duet cadence. The From torrent and its cadence are another perfect opportunity for more heavenly singing from Allan. The solemn grandeur of the Amen reflects the power of the last movements of other great oratorios of the time.

Allan and Helyard, playing the chamber organ, return for a poignant encore, Purcell’s Evening Anthem Now that the sun has veiled its light. Although there is no mention of the death of Queen Elizabeth II, this historic event and Allen’s performance at Prince Philip’s funeral last year were surely on the minds of the audience at this concert, which paid homage to the women of yesterday and today.

Pinchgut Opera performs Women of the Pieta at Sydney’s City Recital Hall on Sunday September 11 at 5 p.m. and at the Melbourne Recital Center on Thursday September 15 and Friday September 16 at 7 p.m. More information.