NUR-SULTAN. KAZINFORM The opening of the tenth anniversary season of the Astana Opera took place to endless applause and cries of ‘Bravo’. The graceful, unique and professionally innovative Korean opera star Sumi Jo made a shining figure in the Great Opera Hall with the magnificent opera singers of Astana Azamat Zheltyrguzov, Medet Chotabayev and Tatyana Vitsinskaya.

The gala opera was a huge success under the direction of the famous maestro Alan Buribayev, Astana Opera Press Office reports.

The opera prepared for the opening of the anniversary season with particular excitement. The program was prepared in the style of the golden collection of opera masterpieces. The festive start of the important event was laid by the colorful scene “Toibastar” from the opera Abai by Akhmet Zhubanov and Latif Khamidi performed by Tatyana Vitsinskaya, Azamat Zheltyrguzov, the opera choir and orchestra. 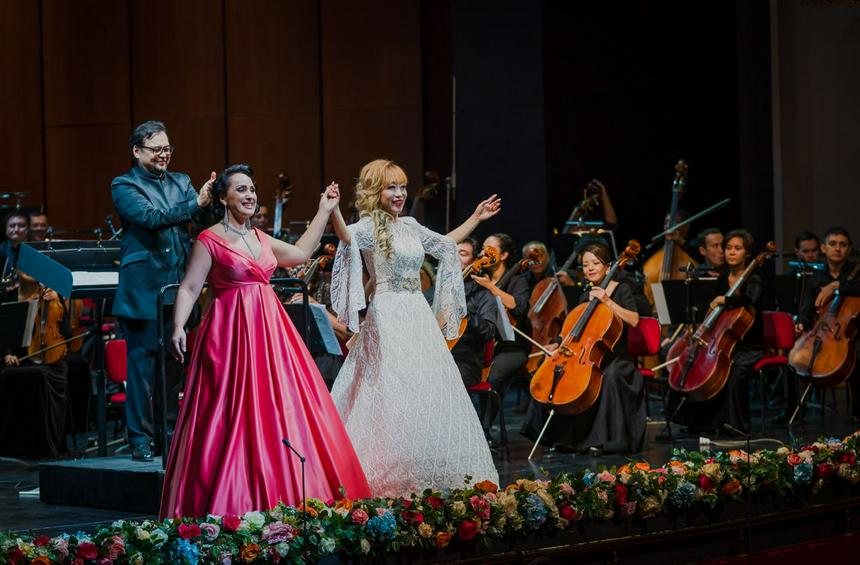 …Fanfare, the sonorous voice of the presenter announced the entry of world opera legend Sumi Jo. It is no coincidence that music critics call her voice angelic, because the singer is constantly in search of the best sound forms. This is probably the reason why she chose a stage name which means Su – perfection, Mi – beauty, Jo – holiness. The singer’s real name is Soo Kyong Jo, which she was given at birth in Seoul. She studied at the Accademia Nazionale di Santa Cecilia in Rome. Later, this city will become his second home. Italian teachers, like jewelers, gave a brilliant polish to his natural voice. Great conductors, directors, theatergoers from the Opéra National de Paris and the Teatro alla Scala to the Royal Opera House and the Metropolitan Opera could not resist its magical appeal. Today, Sumi Jo is one of the most famous singers in the world. 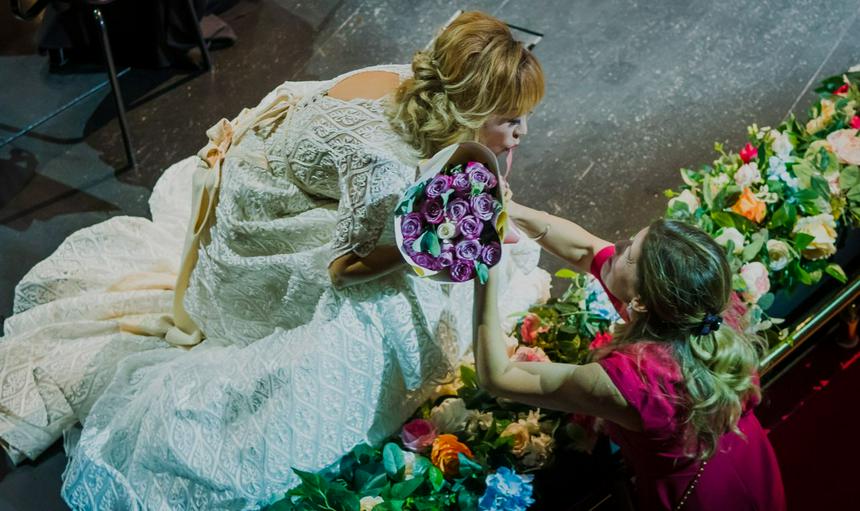 For the performance in the capital, the diva has prepared arias and duets: Valse de Juliette “Je Veux Vivre” from the opera Roméo et Juliette by Gounod, Duo by Lakmé and Mallika (Duo des Fleurs) from the opera Lakmé by Delibes, Duo by Giulietta and Nicklausse (Barcarolle) “Belle Nuit, ô Nuit d’Amour” from Offenbach’s opera Les Contes d’Hoffmann.

No doubt the public was eagerly awaiting her famous number, the Doll Song “Les Oiseaux dans la Charmille” from Offenbach’s opera Les Contes d’Hoffmann, which Sumi Jo interprets with vocal virtuosity and subtle humor, provoking real laughs in the auditorium. The lyrical Korean song “As Spring Approaches across the River” by KS Lim was a real highlight of the concert. During the evening, the singer changed her outfit, captivating everyone with her beauty. 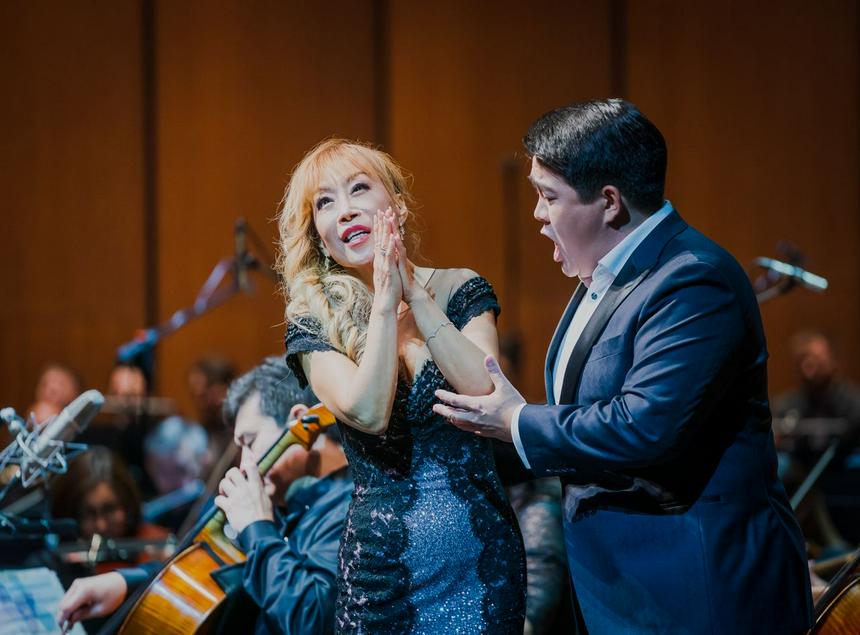 The masters of the opera genre, Azamat Zheltyrguzov, Medet Chotabayev and Tatyana Vitsinskaya, took the stage. The performers displayed a high vocal level, extraordinary charm and enchanting voices that immediately captivated the audience and were duly rewarded with a standing ovation. 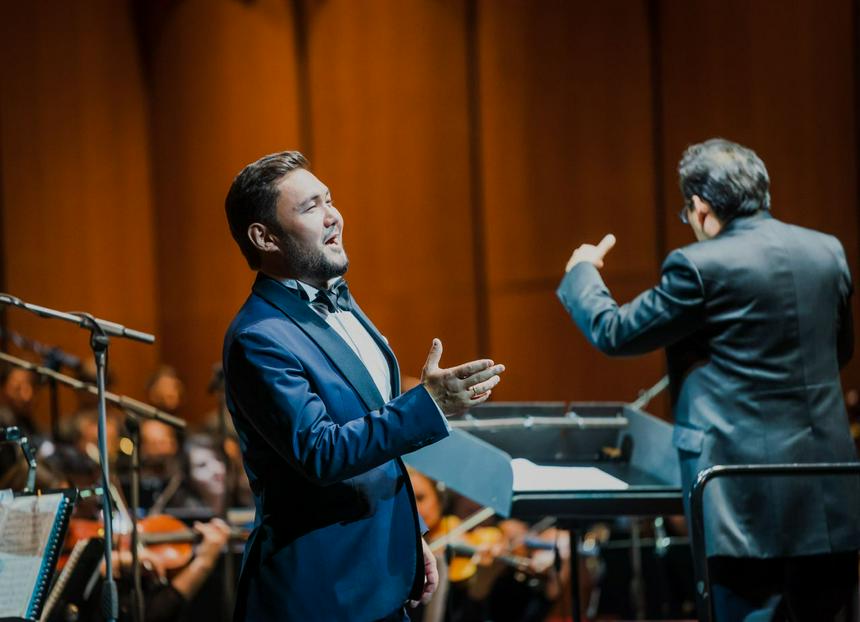 Is it any wonder that the choir and orchestra sound pure, flawless, with crystal-clear performances? The famous maestro Alan Buribayev, whose name regularly appears on the billboards of the best concert halls and opera houses in the world, performing seemingly magical actions, made music penetrate the very hearts of listeners, opening the wonderful world of sounds to everyone. 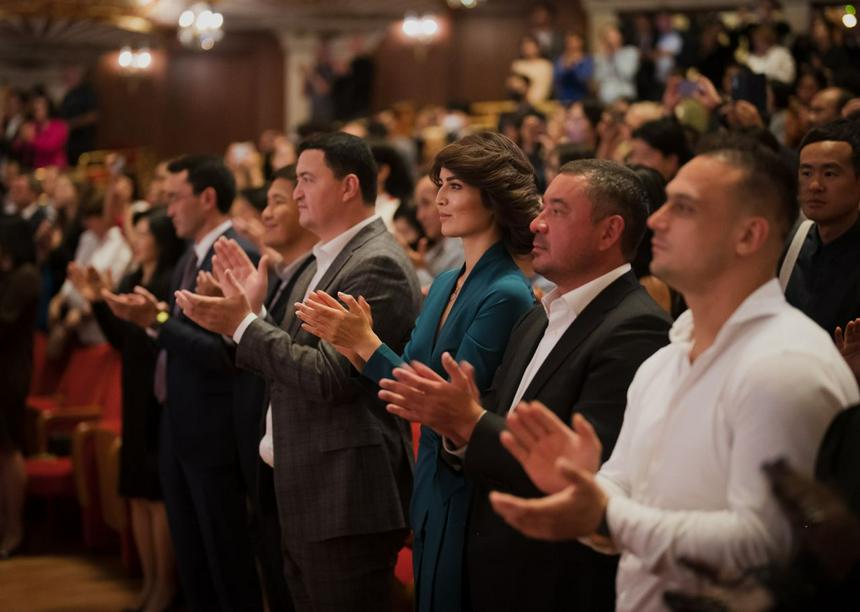 The concert, as listeners later admitted, went by in a flash. He harmoniously combined domestic and world classics. It brought together well-known musicians, writers, scientists, statesmen, public figures, as it was held within the framework of the celebration of the 30th anniversary of the establishment of diplomatic relations between the Republic of Korea and the Republic of Kazakhstan.

A great start to the season has been made. It was bright, rich and expressive and no doubt the sequel will be even more enchanting.